The Nigerian air force is the air division of the Nigerian Armed Forces. The Nigerian Air Force remains one of the largest of all air forces in Africa today.  The body is made up of up to 10,000 personnel.

They have 12 Chinese Chengdu F-7s up to 12 and Dassault-Dornier Alpha Jets up to 11.  They have many armed helicopters and several military transport aircraft.

How did it all start?

The Nigerian Air Force was proposed in 1958. However, many of the lawmakers in the national parliament then preferred to depend on the United Kingdom for air defense and this caused some form of delay in the approval of the creation of the Nigerian Air force.

However, the Nigerian air force was later created and it had waxed stronger since then till date.  The Nigerian army did not have its own air force during the peacekeeping operations in Tangayika and Congo and this prompted the government to start recruiting cadets for pilot training in 1962 from several foreign countries.

On the 18th of April, 1964, the Nigerian Air Force was officially established.  This happened on the strength of the Air Force Act of 1964 that was passed by the National Assembly.

According to the act, “Nigerian Air Force shall be charged with the defense of the Federal Republic by air, and to give effect thereto, the personnel shall be trained in such duties as in the air as well as on the ground.” The formation took place with help from West Germany, which provided technical assistance.

When they started operation, the Nigerian Air Force started as transport unit and their aircrew was trained in India, Ethiopia and Canada.  Colonel Gerhard Kahtz was the head of German Air Force Assistance Group then.

Biafran aircraft caused several damages on the Nigerian side on the 13th of August, 1967 and this marked the beginning of delivery of MiG-17s to Kano from Egypt by the USSR.  Two MiG-15s were first delivered before it was followed by eight MiG-17s.  Several other aircrafts followed after this.

Many of these planes were stationed at both Port Harcourt and Calabar during the Civil War and they participated in bombing both civilian and military targets by the Nigerian Air Force.

The International Institute of Strategic Studies estimated in July 1971 that up to 7,000 air force personnel and 32 combat aircrafts were owed by the Nigerian Air Force.  During the 1970s, Nigerian however bought more military aircrafts from the United States.

The structure was however found to be too cumbersome, and this led to the formation of two intermediate commands in 1978, which were the NAF Training Command and the NAF Tactical Air Command.

The Nigerian Air Force bought even more aircrafts in 1984 and they were operated from Makurdi.  These aircrafts were however retired in 1991.

The same vetoing prevented the Nigerian Air Force from buying 7 more military aircrafts in 1994.  The IMF vetoed the purchase despite the fact that it was approved by the government of Switzerland.

One of the military aircraft owned by the Nigerian Air Force crashed on 26th of September, 1992. It crashed just 3 minutes after it has taken off from Lagos.

Cause of the crash was reposted as engine failure; the three engines on the aircraft failed at the same time. Some were of the opinion that the crash was due to high take-off weight.

Unfortunately, none of the 158 passengers and crew members on the ill-fated aircraft made it out alive. Body parts of some of them were recovered, while many of them are still missing till today. Eight foreign nationals were also on board the military aircraft.

In 2005, the Nigerian government approved up to $251 million for the purchase of 15 fighter jets from China.  These fighter jets include 12 single seat fighters and 3 dual-seat trainers.

$220 of the said amount was said to have been spent on aircraft, while the remaining $32 million was spent on armaments.  In 2008, Nigerian Air Force started training in China and the said aircraft was to be delivered from 2009.

It was reported on the 22nd of March 2011 that a pilot died in one of the aircraft belonging to the Nigerian Air Force when the said aircraft crashed.

The NAF Mobility Command had its headquarters in Yenagoa, Bayelsa State. This was also part of the strategies of the Federal Government to offer some protection to its socio-economic interest in the Niger

The NAF Mobility Command had its headquarters in Yenagoa, Bayelsa State. This was also part of the strategies of the Federal Government to offer some protection to its socio-economic interest in the Niger Deltan region of the country.

Lots of modernization had been implemented in the Nigerian Air Force and the body is far stronger and more respectable than what it as in the 1960s when it was formed.

As at today, the Nigerian Air Force has up to 10,000 active personnel in its service. There are also up to 261 aircraft in its possession. The present Chief of Air Staff is Air Marshall Sadique Abubakar. 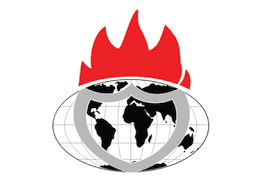