In case you didn’t know, “Aso Rock” is the unofficial name of the Nigerian State House and Presidential Complex.

The Aso Rock presidential villa encompasses the 400 meter nonolith Aso Rock and is located within the Three Arms Zone of the Abuja Metropolis.

The Aso rock villa was completed in 1991 by the Ibrahim Babangida administration. That was the same year the national capital was relocated from Lagos to Abuja.

See some photos of the Aso rock presidential villa after the cut.

Aso rock villa: another view from afar (see the Aso rock itself)

One of the meeting rooms

A section of the compound 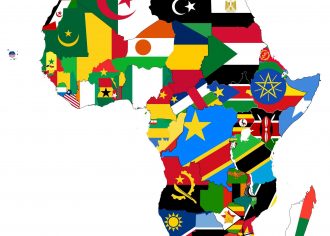