The history of the Nigerian Army can be traced to the Royal West African Frontier Force which was formed in 1900.

But that isn’t the crux of this post; we’ll be looking the Army’s Logo, its history and what the emblem means.

The Nigerian Army Logo has an Eagle, two interlaced triangle-like six pointed stars and an Arabic script. The colours on the logo are red and black.

The eagle symbolizes the graceful power of the Nigerian Military. In many parts of the world, the eagle is seen as a towering symbol of grace, power and elegance. The bird is also known for its keen surveillance. And as we know the Nigerian Army is synonymous with keen surveillance during times of peace and strikes with brutal precision and uncanny decisiveness when it has been provoked beyond tolerance.

The two interlaced triangle-like six-pointed stars stand for the Nigerian Unity. This unity was depicted through the event of 1914 when the first Governor General of the country, Lord Lugard amalgamated the Northern and Southern Protectorates.

Over the years, the country has maintained its unity despite all odds. There was a 20 month civil war that threatened to break this bond but as it is, the country is still standing.

The Arabic script on the logo is translated as Nasrunminallah meaning Victory Comes from God Alone. This motto was initially inscribed on the banner which the Nigerian Indigenous Forces used to battle against the invading colonial forces.

The origin of this motto can be traced to Shehu Usman Dan Fodio, the head of the Sokoto Caliphate. It was then adopted by the British pre-Independence. However, shortly before the country’s independence, the British handed it over to the country in a formal ceremony.

Often times, people often wonder why the motto inscribed on the flag is in Arabic.

During his time, he identified Arabic as the only written indigenous language anywhere in Nigeria/West Africa, particularly among the widely spread Hausa trader class across the region.  As a result, Arabic inscriptions were used as symbols, not only for currency but even on official West African Frontier Force badges. And this has persisted till today particularly on the Nigerian Army badges and flag.

The NA flag has three vertical stripes (red, black and red), all of the same width. These colours follow the NATO military colour code.

This colour depicts the enemy forces, their installations and their activities.

In military circles, black is the traditional colour of the cavalry, armoured or mechanized troops. 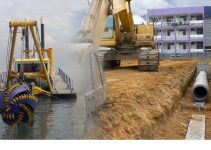