He tops the list of the biggest looter sin the history of Nigeria. General Ibrahim Badamasi Babangida. He is a retired Nigerian Army officer who was a military ruler of Nigeria. He ruled Nigeria from 27 August 1985, when he overthrew Major General Muhammadu Buhari in a coup, until his departure from office on 27 August 1993, having annulled the elections held on June 12 that year. There is evidence of severe human rights abuses during his regime.

He looted 1.31bn pounds, 2.33bn Swiss franc and 800M USD. He succeeded Sani Abacha upon Abacha’s death. It was during Abubakar’s leadership that Nigeria adopted its new constitution on 5 May 1999, which provided for multiparty elections. Abubakar transferred power to president-elect Olusegun Obasanjo on 29 May 1999.

He looted 1.24bn pounds, 2.42bn, swiss franc, and 671M USD, 1bn Deutschmark. Mike Okhai Akhigbe was a Vice Admiral of the Nigerian Navy. He served as the Vice President of Nigeria during the General Abdusalami Abubakar led military government from 1998 till the termination of military government in Nigeria, in 1999

He looted 3.04bn Pounds, 2.01bn Swiss franc, 1.01bn USD, and 900M Deutschmark. He was born on February 16, 1943 and he was a Lt. General in the Nigerian Army and Minister responsible for the administration of the Abuja Federal Capital Territory under the Sani Abacha military junta. He came from Plateau State. He served Nigeria in various capacities such as Minister for Transport and Quarter-Master General of the Nigeria Army.

He looted 1.03bn pounds, 2.00bn swiss franc, 1.3bn USD, and 700M Deutschmark. He was the National Security Advisor of Nigerian military ruler Sani Abacha. He has been linked to theft of $2.45 billion from the Central Bank of Nigeria. He entered the police force where he held a number of positions of increasing responsibility, retiring with a senior rank.

He looted 4.5bn pounds, 1.4bn swiss franc, 700M USD, and 345M Deutschmark. He was a Nigerian politician and was an adviser to President Shehu Shagari. He was also the Nigerian minister for Transportation from 1979–1983.

He looted 300M pounds, 1.42bn swiss franc, 200M USD and 500M Deutschmark. He is a Nigerian banker who was Governor of the Central Bank of Nigeria between 1993 and 1999 during the military regime of General Sani Abacha and his successor General Abdulsalami Abubakar.

He looted 9.01bn pounds, 4.09bn swiss franc, 800M USD, and 3.01M Deutschmark. He was a Nigerian Army general and politician who served as the de facto President of Nigeria from 1993 to 1998. Abacha’s regime is controversial; although it saw dramatic economic growth, it also witnessed widespread human rights abuses

He looted 300M pounds, 1.2bn swiss franc, 150M USD, and 535M Deutschmark. He is the eldest surviving son of Nigeria’s former de facto President, the late general Sani Abacha and Maryam Abacha. During his father’s military rule, Mohammed Abacha was involved in looting the government. A preliminary report published by the Abdulsalam Abubakar transitional government in November 1998 described the process. 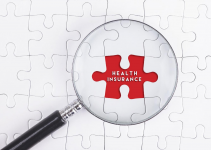