Samsung is a multinational South Korean multinational company with headquarters in Samsung Town, Seoul. The company comprises of numerous affiliated businesses which are united under the Samsung brand. Samsung is reported to be the largest South Korean business conglomerate.

Lee Byung Chul is the founder of the Samsung company which was established in 1938 as a trading company. After some years, the group diversified into other areas such as food processing, textiles, insurance, securities, and retail.

It was not until the late 1960s that Samsung entered the electronics industry. It went into the construction and shipbuilding industries in the mid-1970s. It was these areas that helped drive the growth of the Samsung company.

When Lee died in 1987, Samsung was separated into four business groups, which were Samsung Group, Shinsegae Group, CJ Group and Hansol Group. Since 1990, the company has increased its activities globally. In the area of electronics, mobile phones and semiconductors have become the major sources of income.

Other notable Samsung industrial affiliates include:

Reported to be the world’s largest information technology company

Samsung has grown to have a powerful influence on the development of South Korea in areas of economy, politics, culture and the media.

The activities of Samsung’s affiliate companies produce around a fifth of South Korea’s total exports while the revenue generated by Samsung was equal to 17% of South Korea’s $1,082 billion GDP.

Samsung Electronics is a subsidiary of Samsung company. It is a multinational electronics and information technology company with headquarters in Suwon. It is also the flagship company of the Samsung Group. Products of the Samsung company include air conditioners, computers, digital televisions. mobile phones, monitors, printers, refrigerators, semiconductors and other telecommunications networking equipment.

In the year, 2012, Samsung Electronics was the largest mobile phone manufacturer in the world. It was also the second-largest manufacturers of semiconductors in the world according to 2011 revenues.

Samsung Everland is that subsidiary of the Samsung company that caters to the sectors of Environment & Asset, Food Culture and Resort.

Samsung Heavy Industries majors in shipbuilding and engineering with headquarters in Seoul. It was founded in August 1974. The products of the company are bulk carriers, container vessels, crude oil tankers, cruisers, passenger ferries, material handling equipment steel and bridge structures.

Samsung Life Insurance Co., Ltd. is a multinational life insurance company with headquarters in Seoul. It was founded in March 1957 with the name Dongbang Life Insurance and became an affiliate of the Samsung Group in July 1963.

The major activity of Samsung Life Insurance is the provision of individual life insurance and annuity products and services. As of December 2011, the company had operations in seven countries with over five thousand employees. It is reported to be the largest provider of life insurance in South Korea.

The Samsung Medical Center was established on the 9th of November 1994 to contribute to the improvement of the nation’s health, that is Korea.  The Samsung Medical Center comprises of a hospital and a cancer centre. It also houses 40 departments, 10 specialist centres, 120 special clinics and 1,306 beds. The hospital has a staff of approximately 7,400 with over 1,200 doctors and 2,300 nurses. Since its inception, the Samsung Medical Center has been deemed successful. Samsung Electronics has different offices spread across the states of the federation. If you are looking for a way to repair a Samsung phone that is faulty, you can visit any of the Samsung repair shops in Ibadan. There are also Samsung outlets themselves at different locations in Ibadan.

Offices in Ibadan, Nigeria are as follows: 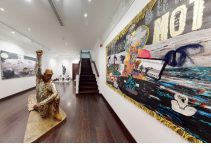 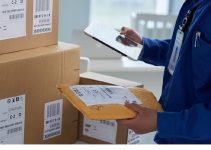 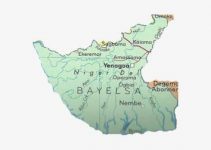