Dilly Motors limited is one of the leading dealership companies in Nigeria. They deal in buses and cars of different types and shapes.  The company has its head office at 2nd Roundabout, Lekki-Epe Expressway, Ibeju Lekki, Lagos, Nigeria.   Their phone numbers is 08066119870

The company is owned by one Mr. Okwudili Umenyiora.  He is a wealthy person by all standards and recently finished building a mansion in Lagos.  The house has up to 5 housekeepers tending to it. It took up to 4 years to complete the building.  After completion, he and his family moved into the building.

Aside owning expensive properties, Mr. Okwudili also own a number of expensive cars including a Lamborghini sports car. The number plate of the said car is customized.

He also bought a 1953 Mercedes Benz automobile recently. There are words on the raven that he is a 419 fugitive in the United States as well as an ex-convict, but none of these allegations can be substantiated.

Mr. Okwudili is actually referred to as the youngest billionaire in Africa. His company is equally among the most popular motor dealership companies in Nigeria of today, owning to the series of exotic cars being sold there.

Some are of the opinion that he is just using the car dealership company as a front for other shady business, but there is no specific evidence to back this up.

Mr. Okwudili is married with kids.  He is said to own series of properties across Lagos and several other cities in Nigeria. 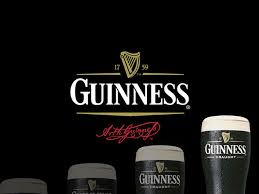