Nigeria is a country with many talented young men and women in various professions, and the field of football is not exempted in this. As a nation, the country has every right to be proud of her football players. The latest achievement of the Nigerian national team was its beautiful performance at the World Cup 2018. This article writes on the 10 most popular footballers in Nigeria.

He is one of the best Nigerian footballers with a net worth of about $25 million. He is the midfielder of the Nigerian national team. John Mikel Obi has become a household name for lovers of football, and his fans are always eager to see his games.

John Obi Mikel played for the popular international football club, Chelsea for a total of eleven years (2006-2017). John Obi Mikel also had a very productive international career with the Nigerian national team. He first represented the national team in 2013 by participating in the 2005 FIFA World Youth Championship, here he became one of the best players at the Africa Cup of Nations. He was the key player for the Nigerian national team and he helped his teammates to win the third title. John Obi Mikel first participated in the World Cup in 2014, during the tournament in Brazil. John Mikel Obi is a peculiar Nigerian football talent.

He finished last season with 18 goals for FC Midtjylland, which is the most of any Nigerian player. No Nigerian player has beat Onuachu for the past three years in this way. Due to his outstanding talents, it was only a matter of time before he got called up to Super Eagles.

In his Super Eagles debut, Onuachu didn’t disappoint as he scored a 1-0 win over Egypt in March 2019. The 25-year-old footballer has been impressive enough and has become a popular name in Nigerian football.

Alex Iwobi is such an outstanding talent in the field of football. Iwobi has been inconsistent in his club membership, where he has left one club for another which many belief has affected his personal development, however, he is still known as a fine player. In the Nigerian national team, Iwobi played all seven Nigeria’s games at AFCON 2019 where he scored once.

Oghenekaro Etebo was the only bright spot in Stoke City for the 2018/2019 season where they finished as 16th in the English Championship. He ended the season with the award of Stoke City’s Player of the Year. He then joined the Super Eagles to finish third at AFCON 2019.

Kenneth Omeruo was the best Nigerian defender for the better part of 2019. He had a consistent performance for Leganes and the Super Eagles at AFCON 2019. He played for Leganes when he was on loan from Chelsea, afterwards, he was given a permanent contract. Last season, Kenneth Omeruo suffered injuries. He was one of Super Eagles’ best players at AFCON 2019. He scored once in six games to help Nigeria finish third in Egypt.

2019 was the year that Odion Ighalo corrected his Super Eagles legacy. With five goals, he finished as the highest goal scorer at AFCON 2019. In Egypt, Ighalo left the national team on high.

Ola Aina is currently the best Nigerian full-back. Many have praised Aina’s continuous improvement which has now made him indispensable in the Super Eagles. Ola Aina was impressive in his debut season in Italy which earned him a permanent contract with Torino. For the Nigerian national team, he played five games and provided a great assist as Nigeria finished third at AFCON 2019.

In his debut season with Udinese, Troost-Ekong put in a fine performance and was given a contract extension in his second season with the club. For the Super Eagles, he has always played well as a defender. From AFCON 2019 qualifiers to the main tournament and many other games after that, Troost-Ekong has made a name and become one of the leaders in the national team.

Samuel Chukwueze made a breakthrough at Villarreal in 2018 which made him one of the hottest prospects in Nigerian football. He caught the eyes of many with his exciting performances for Villarreal especially in the games against Barcelona and Real Madrid. At AFCON 2019, he played six out of Nigeria’s seven games and helped the Super Eagles to a third-place finish. With his talent and skill set, he has the potential to be a world-class player.

Victor Osimhen first emerged at the 2015 FIFA U17 World Cup. After that, many did not think much of him for some time but he has had a good come back when in Belgium, he finished the 2018/2019 season with 20 goals. He was named the club’s Player of the Season. When he moved to Lille, he scored a total of 11 goals including two in the Championships League. Victor Osimhen did not feature much for the Super Eagles at AFCON 2019. He managed just one game but he has since scored four goals in four games for the Super Eagles since he became the undisputed first-choice striker.

Wilfred Ndidi is a defensive midfielder who continues to impress many with his great performance above many other Nigerian players. Last season was a successful one for him as he got critical acclaim for his works in the centre of the pitch for Leicester City. Wilfred Ndidi is arguably the only Nigerian player regarded as a world-class player in his position. This tells you of his great and exceptional talents. He has helped his football club stay ahead on the Premier League table. Although Wilfred Ndidi was not this influential for the Super Eagles of Nigeria at AFCON 2013, his abilities were still clearly seen.

Here you have it, the 10 most popular Nigerian footballers in the country. You will agree these ones have earned their rights to be on the list. 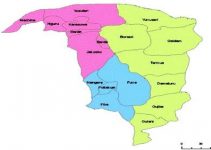 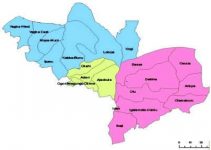 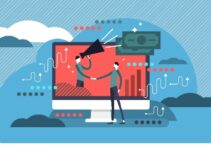 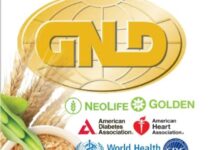