If you must know, Nigeria is home to some of the richest individuals in Africa and even the world at large. These individuals are in various fields such as business, entertainment, oil, and gas, etc. It is not uncommon to see many expensive buildings in major cities. Due to the financial worth of some Nigerians, you will find luxurious houses in Nigeria, or even luxury apartments abroad. In this article, you will find the top 10 most expensive and luxurious residential buildings in Nigeria and their respective owners.Pergolas enhance beauty of building. Creates relax environment,looks more luxurious,read more here about pergolas.

Top 10 Most Expensive Houses in Nigeria

Mike Adenuga‘s mansion is located in Banana Island, Lagos. It is the one of most expensive known houses in Nigeria. This luxurious mansion is worth over 8 billion naira. Mike Adenuga is a billionaire not just in naira but in dollars. He is also on the Forbe’s list of the world’s richest men. Mike Adenuga obtains his wealth from multiple sources such as oil, gas, and telecommunication businesses.

Aliko Dangote is the richest man in Africa. He has lived in this present house for up to 12 years. This mansion is located in Abuja and is worth about N5 billion.

Dangote’s luxurious mansion remains one of the most expensive ever to be owned by a Nigerian businessman. His house is tastefully furnished with a spacious living room, a conference room, a home office. According to Dangote, he spends the least time in the bedroom. Aliko Dangote’s house has also hosted some of the most influential and successful men in the world such as Bill Gates (the richest man in the world and Goodluck Jonathan (former president of Nigeria)

Peter and Paul, together known as P-square are one of the few entertainers that have a house on Banana Island. The duo used to live at Omole Estate, Ikeja before relocating to this billionaire’s haven. Peter and Paul are arguably the most famous twins in Africa who struck gold in the music business. One of the proofs of their wealth is this 1.5-billion-naira mansion on Banana Island, Ikoyi, Lagos. They both used to live in this luxurious edifice with their wives and children.

Senator Dino Melaye is known specifically for riding some of the most expensive cars in Nigeria. However, his taste for luxury does not end there. He also has a soft spot for luxurious buildings. He is one of Nigeria’s wealthiest senators. He is also known to flaunt his wealth often on social media. The very famous and controversial senator Dino Melaye is the proud owner of one of the most expensive houses in Nigeria. Dino Melaye’s house is worth about 1.5 billion million naira and is located in Abuja. This property was acquired by the senator not long after he became a lawmaker.

Bola Ahmed Tinubu is the former governor of Lagos State and the leader of the All Progressive Congress. He is currently one of the richest politicians in Nigeria. This is in addition to being the richest landlord in Lagos state. His house is a N1 billion mansion at 26 Bourdillon Road, Ikoyi. Apart from living in this expensive house, senator Bola Tinubu also owns numerous expensive houses and landed properties in other parts of Lagos state.

Senator Lee Maeba is a forty-two years old senator representing the Rivers South-East senatorial zone in the Nigerian National Assembly. He is arguably the youngest Nigerian senator at the moment. He became a senator while still in his early thirties. Senator Lee Maeba’s house is worth about N1 billion and is located in Port-Harcourt. There are rumours that the foundation of this house alone cost about N100 million. It is also said that Senator Lee Maeba’s house can stand beside any luxurious residential building anywhere in the world.

Linda Ikeji is a popular name and personality. She is Nigeria’s richest and most famous blogger. Linda Ikeji acquired her N600 million mansion in October 2016. This mansion is a two-storey building that contains a media room, a cinema, six bedrooms, two living rooms, and other spaces. According to the celebrity blogger, owning a house in Banana Island has always been a dream of hers come true.

E money whose real name is Emeka Okonkwo is a businessman and record label boss. He is also the younger brother to Kcee who is a popular Nigerian Artiste. E-Money is one of Nigeria’s youngest millionaires. E-money is also popular for spraying money in parties. Emeka Okonkwo lives in a N250 million mansion located on Lagos Island. This mansion is tastefully furnished and designed with gold. 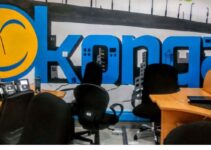 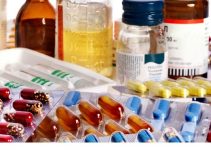 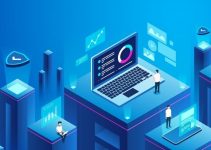