Asaba is a city strategically situated on a hill at the edge of the Niger River, with the city of Onitsha beside it, across the Niger Bridge. River Niger is a trans-African link between East Africa to the Atlantic Ocean. Asaba makes the connection between the western, eastern and northern part of Nigeria through the Niger River which is in the north via the Asaba bridge which is a link between the east and western part of Nigeria.  Asaba is a fast developing urban area with a population of 149,603 as at the 2006 National census, and a population of those living in the metropolis of over half a million people

Historically, Asaba is believed to have derived its origin from a combination of mostly three different ancestral lineages:

Ugboma: This is the person considered to be the first settler in what later became Ahaba and then Asaba.

Ezeanyanwu: this is yet another settler said to have his origin in the royal line Of Ezechima. Ezechima is regarded as the legendary ancestor of various settlements east of the Niger and its environ.

The city was founded in 1884. Between the years 1886 and 1900, Asaba hosted the Royal Niger Company; this was set up by the British authorities to enhance trade and the exportation of goods to England. Today, the company has grown into UAC Nigeria PLC.Asaba has an influential history and geography, and a strategic political and economic influence in Nigeria, Asaba is also known as the regional capital of the Anioma area. People have clamoured for the creation of Anioma state for decades.

Asaba is an administrative area established during the time of the Royal Niger Company (now UAC) and is the administrative capital of Delta state. Many Igbos from the East invest in Delta state thus improving the economy of the city and the state in general.

Asaba is also known for its textile factory, steel mill and aluminium companies.

Delta State postal codes are all 6-digit in number. This article will tell you that of your exact location.

This means that the entire state does not make use of the same postal code.

You must know that Postal code, postcode and zip code mean the same thing. It is officially referred to as postal code in Nigeria. 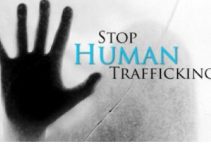