UPS Global Logistics Company was founded in 1907 as a messenger company in the United States. Currently, UPS has grown into a multi-billion-dollar corporation. The company focuses on the goal of enabling commerce around the globe.

Today, UPS is one of the most recognized brands in the world. UPS specializes in providing specialized transportation and logistics services and one of the world’s largest package delivery companies. It also provides central package delivery options. UPS manages the flow of goods, information and funds, every day, in more than 200 countries and territories worldwide.

The American Messenger Company was founded by James Casey along with Claude Ryan on August 28, 1907, Seattle, Washington. At this time, most deliveries were made on foot while bicycles were used for longer trips.

The company acquired a Model T Ford in 1913 as its first delivery vehicle.

James Casey and Claude Ryan merged with another competitor of theirs, Evert McCabe, and formed Merchants Parcel Delivery.

It was at this point, consolidated delivery was also introduced wherein packages addressed to a certain neighbourhood was combined into one delivery vehicle.

In 1916, Charlie Soderstrom joined the business and brought in more vehicles for the growing delivery business. In 1919, the company expanded outside of Seattle for the first time to Oakland, California. The name was changed to United Parcel Service. This was to emphasise the fact that even under expansion, operations of the company were still united and the type of business offered as part of its service was Parcel delivery.

In 1930, a consolidated service began in New York City and soon after,  in major cities in the East and Midwest.

The use of common carrier for delivery by the UPS put the company in direct competition with the United States Postal Service and the Interstate Commerce Commission. UPS used the common carrier service in cities where it could be applied without the authority of the ICC and state commerce commissions.

The UPS used Air services firstly in 1929 through private airlines. The air service did not thrive due to the Great depression. It was resumed in 1953 and was named UPS Blue Label Air. It offered two-day service to major cities along the East Coast and West Coast.

Expansion and diversification of UPS

In 1975, UPS Headquarters was moved to Greenwich, Connecticut.

It also began serving all of the 48 states of the United States. UPS became the first package delivery company to serve every address in the Continental United States.

In 1985, UPS Next Day Air Service was launched for all 48 states including Puerto Rico.

The UPS Airlines was launched in 1988, with authorization from the Federal Aviation Administration. UPS Airlines grew fast and became the 10th largest airline in the United States.

UPS acquired Haulfast and Carry fast in 1992 and with this was delivering up to 11.5 million packages and documents per day.

UPS was able to develop new technology for better services and efficiency due to the large volume of UPS customers. A handheld device named Delivery Information Acquisition Device (DIAD) was invented to record and upload delivery information to the UPS network immediately upon pickup by every UPS driver.

The primary business of UPS is the time-definite delivery of packages and documents worldwide.

In recent years, UPS has extended its service portfolio to include less than truckload known as LTL transportation which is primarily based in the United States. LTL provides supply chain services.

UPS has its operations in three segments, which are:

The U.S. Domestic Package operations include the time-definite delivery of letters, packages and documents throughout the United States.

UPS Freight offers a variety of services via less than truckload known as LTL and truckload,  TL services to customers in North America. Other business units within the Supply Chain and Freight are The UPS Store and UPS Capital. 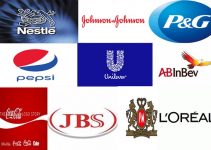 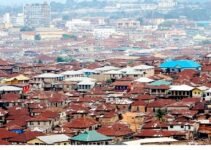 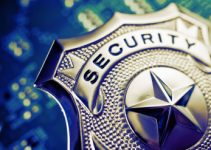 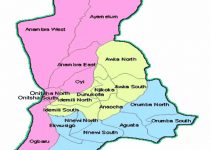