Here’s a full list of the major Nigerian newspaper websites in the country and the profile of the publishers.

This Day is one of the major Nigerian national newspapers. It is a product of the flagship newspaper of Leaders & Company Ltd and was first published on 22 January 1995.

The Newspaper has two printing plants, in Lagos and Abuja. The publisher invested early in colour printing and this has given the paper a unique edge over other national newspapers in the country.

Founded by James Aboderin, an accountant, and Sam Amuka, a columnist and editor at the Daily Times of Nigeria at that time, The Punch has grown over the years to become one of the major publishers in the country.

The paper was initially set up to favour a friendlier apolitical approach to news reporting, combining footage of social events with everyday political news but it later began to conflict with its original intentions.

The Punch was not immune to the excess of authoritarian regimes in the country. In 1990, its editor was jailed for 54 days. In 1993 and 1994, the publishing house was closed on the direction of the nation’s ruler.

The company lauched its first weekly newspaper, the Sunday Punch in 1973 while the dialy Punch was launched on the November 1, 1976.

In 1998 and 1999, the research and marketing services (RMS) Lagos, published independent surveys in which PUNCH was rated as the most widely – read newspaper.

The Nigerian Tribune was established in 1949 by Obafemi Awolowo and it is the oldest surviving private newspaper in the country.

During the colonial era, the Nigerian Tribune served as the mouthpiece for Awolowo’s populist welfare programmes. The paper also played a vital role in defending the interests of the Yoruba people in a period when different ethnic groups were struggling for ascendancy.

The Weekly Trust was established in March 1998 and the Daily Trust was launched in January 2001. The two papers are the largest circulating newspapers in Northern Nigeria.

The newspapers have online editions, accessible through www.dailytrust.com and content from the newspapers is republished by AllAfrica and Gamji.

Business Day was established in 2001 as a daily business newspaper based in Lagos. It is the only Nigerian newspaper with a bureau in Accra, Ghana. It has both daily and Sunday titles. It circulates in Nigeria and Ghana.

The paper is known for its unbiased news and informed analysis on politics, governance, social and economic trends.

The founder of Daily Sun is Dr Orji Uzor Kalu. He is the current chairman of the publishing house. The paper was incorporated on the 29th of March 2001 and it started production as a weekly paper in January 2003. The Daily Sun was launched in June of the same year.

The target audience is young adults in the 18 – 45 years age bracket and in the B and C social economic class.

The current Managing Editor/Editor-in-Chief is Mr Eric Osagie and he is currently rebranding the paper to meet international standards.

The Nigerian Observer is a daily newspaper published in Benin City in Edo State, Nigeria. The paper has been published since 29 May 1968 and it is owned by the Edo State Government.

During the administration of President Shehu Shagari (1979-83), the newspaper suffered harassment by the police, with staff being detained and the premises shut.

This punishment was also meted out to other papers belonging to state governments and controlled by opposition parties.

The paper closed down in early 1989 due to worsening economic conditions. Also, in 1993 the administration of General Ibrahim Babangida banned the Nigerian Observer alongside the National Concord, The Punch and the Daily Sketch.

Currently, the paper has a relatively small circulation and only 15% of column inches taken up by advertisements, compared to 50% in a typical North American paper. Many of these ads were government bulletins; low revenue coupled with shortage of newsprint had the effect of limiting coverage of events, and in particular of limiting investigative reporting.

The Tide is a Nigerian daily newspaper. It is the most widely circulated newspaper published in Rivers State and one of Nigeria’s major newspapers. The paper is owned and funded by the state; The Tide began printing operations on 1 December 1971 and has a digital version.

Owned by Vanguard Media, the Vanguard was established in 1983 by veteran journalist Sam Amuka-Pemu with three friends. The paper has an online edition and it is one of the few in Nigeria that is considered independent of political control.

The Guardian was established in 1983 by Alex Ibru, an entrepreneur, and Stanley Macebuh, a top journalist with the Daily Times newspapers. The paper was a pioneer in introducing high-quality journalism to Nigeria with thoughtful editorial content. The Guardian was first published on the 22nd of February 1983 as a weekly, appearing on Sundays and it started daily publication on the 4th of July 1983. 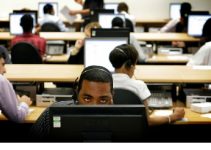 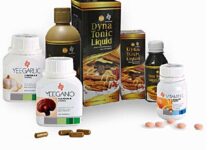 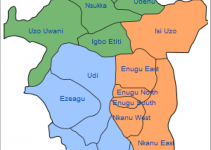 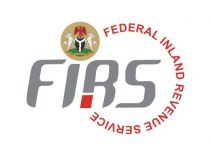 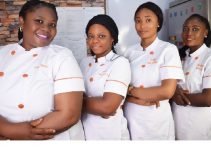 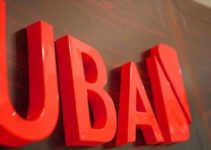