The People’s Democratic Party (PDP) is a major political party in Nigeria. PDP won every Presidential election between 1999 and 2011 and was the presidential political party until the 2015 elections. This article is about the outcome of the 2019 governorship elections for the People’s Democratic Party and the controversies that ensued after. Governors in Nigeria are elected for a term of four years and a maximum of two terms.  Presently, the People’s Democratic Party controls 14 states out of the 36 states in Nigeria. Below is a list of PDP state governors, their respective deputy governors and the number of votes won by the PDP for each state at the 2019 governorship elections which were held on the 9th of March 2019 after postponement on the 2nd of March, 2019. The governorship elections were held in 29 of the 36 states of Nigeria.

The result of the Zamfara state governorship election was taken to court after the Independent Electoral Commission (INEC) had declared the All Progressive Congress as the winner. The Supreme Court ruled that the PDP governorship candidate, Bello Marawalle and his running mate, Mahdi Aliyu Gusau be returned as Governor-elect and Deputy governor-elect respectively.

Osun state, Ekiti state, Ondo state, Bayelsa state, Edo state, Kogi state, and Anambra State were left out in the governorship poll held on the 9th of March as their elections fell outside the election cycle. This is because the governorship elections of these states were held at different times or `offseason, either due to court judgments that nullified the election of their governors in the past.

If the number exceeds this and is about 101, or higher, then the election will have to be declared inconclusive since the second-placed candidate could have won the election if all 101 canceled votes cast their votes for just that candidate.

The electoral process in Rivers state was suspended due to reported violence during the exercise but was later held on the 3rd of April, where the INEC declared that the incumbent governor, Nyesom Wike won the re-election.

The People’s Democratic Party (PDP) is a major political party in Nigeria. The PDP has won every Presidential election between 1999 and 2011 and was the presidential party until the 2015 elections and the governing party in the Fourth Republic except for a few cases when there were controversial electoral circumstances.

In February 2010, the Vice President, Good luck Ebele Jonathan unexpectedly became acting president due to the illness of the president at the time, Musa Yar’Adua. Jonathan was sworn into the presidency following Yar’Adua’s death in May.

When Jonathan announced his intention to run for president in the 2011 presidential election, there was much controversy even amongst the PDP party members. These controversies led into the PDP presidential primaries in January 2011.

However, Jonathan won a landslide victory over his closest challenger, Atiku Abubarkar who was a former vice president of Nigeria. This was in spite of the fact that his candidacy was a deviation from the party’s unofficial rotation policy. Jonathan also had considerable support in several of the northern states. Jonathan was victorious in the country’s 2011 presidential election, which was deemed largely free and fair by international observers.

However, as the 2015 elections grew closer, the long-time ruling party found itself in a weaker position. Several members of the PDP had left due to controversies and fights in the party. Not only that, Jonathan’s administration was under fire from the masses for various reasons such as these:

In 2015, the APC chose a former military head of state, Muhammadu Buhari as the Presidential candidate and he won the presidential election. This signaled an end to the PDP’s grip on the Presidential seat since 1999. The PDP also did not win the majority of seats in the Senate House or House of Representatives.

President Muhammadu Buhari was announced as the President of Nigeria in the 2019 elections; however, the PDP rejected the outcome of the elections and have taken the case to court. 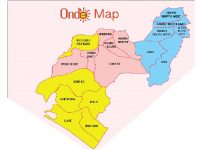 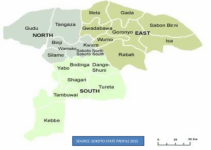 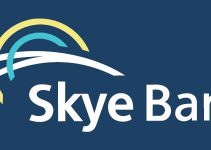 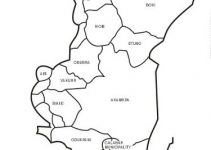