FCMB is a popular Nigerian bank, officially known as the FCMB  Group Plc. The bank began with a stock-broking firm called City Securities Ltd, which was founded in 1977 by a Yoruba traditional aristocrat, called Oloye Subomi Balogun, who is the Otunba Tunwashe of Ijebu. In 1982, another company, called First City Merchant Bank was licensed, thus becoming the first local bank in Nigeria to be established without government or foreign support. On the 20th of April, 1982, First City Merchant Bank was incorporated as a private limited liability company and was granted a banking license on the 11th of August 1983. In 2001, the name was changed from First City Merchant Bank to First City Monument Bank (FCMB), this ushered in the transformation of FCMB into a universal bank.

In 2004, the bank placed shares privately and raised over N7 billion naira. This was followed by a conversion of the company into a public liability company, after which the company was listed on the Nigerian Stock Exchange (NSE) in the same year. When the Central Bank of Nigeria stipulated the N25 billion naira share capital mandated for all banks, FCMB was able to raise over N16 billion naira and thus became one of the only 25 banks that were able to achieve the set goal. That same year, 2005, FCMB acquired a number of banks which includes Co-operative Development Bank, Midas Bank and Nigerian American Bank (former Nigerian subsidiary of Bank of Boston). The bank had 26 branches in 2005 and grew to 150 branches by 2007.

Today, FCMB Group Plc is one of the leading financial services group, with headquarters in Lagos State, Nigeria. The group has operating companies in three business groups:

FCMB is listed on the Nigerian Stock Exchange (NSE) with the ticker symbol (FCMB).

FCMB Group Plc now has 19,802,710,781 ordinary shares held by over 517,000 shareholders. First City Monument Bank Limited, the flagship company of the FCMB Group, has approximately 7.1 million customers and 206 branches all over the country. The group also has a banking subsidiary in the United Kingdom through FCMB Bank (UK) Limited. This article focuses on the list of FCMB branches and their locations in Lagos state only.  Read on below:

Below is the list of financial services offered by FCMB bank in Nigeria:

Trade and liquidity management solutions to all sectors of the economy such as small to medium scale enterprises, corporate bodies, public sector and other financial institutions.

First City Monument Bank has a number of non-bank subsidiaries, which are:

Credit Direct Limited – This company is involved in Microfinance lending in Lagos, Nigeria 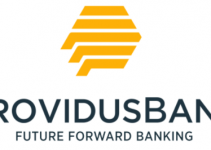