If you have to travel from Nigeria to destinations in Europe, America, Asia or even some parts of Africa, you may not be able to use the domestic airlines.

However, there are several international airlines in Nigeria that can take you to these places.

Popularly called Aero, this airline is one of the oldest in West Africa. It was established over 50 years ago as an aviation service provider involved in the provision of scheduled commercial and helicopter offshore oil and gas sector operation.

Aero is also an important player in the oil and gas operation in Nigeria and the company is a well-respected aviation service provider in the rotary wing (helicopter) offshore oil and gas sector plus the fixed-wing scheduled and charter passenger sector.

Also, Aero is said to be one of the fastest growing Nigerian carrier passengers. With headquarters in Lagos, the company operates a combined fleet of around 20 helicopters and 15 fixed-wing aircraft ranging from 50 seat Dash 8 to 144 seat Boeing 737-400/500, employing about 1,300 personnel.

Over the years, Aero has received many accolades for scheduled operations, consistently offering the most reliable services and best value fares whilst introducing new initiatives into the local market to empower more people to fly more often.

Currently, Aero Contractors has two divisions. There is the Aero Nigeria which provides scheduled fixed-wing passenger services to various Nigerian domestic airports and international destinations in the West African sub-region. And there is also the Rotary Wing which provides helicopter offshore oil and gas aviation services.

The history of Arik Air can be traced to 2002 when Sir Joseph Arumemi-Ikhide (KSG, CON) decided to buy a Hawker jet aircraft. Subsequently, his colleagues and contacts in the oil and gas industry began using the Hawker jet to fly themselves around Nigeria. Another jet was acquired and not too long after, Arik Air became a popular airline in Nigeria.

In 2006, Arik Air acquired the facilities of the liquidated Nigeria Airways and began public travel in October of the same year.

In 2007, Arik began international travel when Arik Air International Ltd was established with its corporate office in London. By 2012, Arik had successfully flown over 10 million passengers.

Currently, Arik operates an average of 120 flights every day from its two hubs in Lagos and Abuja.

The airline’s latest service is Arik Explorer which was launched in 2014. This service offers travel package at two levels: premium and affordable and it applies to inbound and international travel from Lagos.

Also known as B.A, British Airways can be traced to the inception of civil aviation, following the World War I.

The progenitor of the British Airways was the Aircraft Transport and Travel Limited which was launched in 1919. At this time, it operated a daily international scheduled air service, between London and Paris. The first flight took off from Hounslow Heath which is today known as the Heathrow Airport.

Emirates Airlines flew its first routes out of Dubai in 1985 and the aviation company has grown rapidly since then, adding a number of international destinations to its itinerary.

According to the TripAdvisor Travelers’ Choice Awards for Airlines, Emirates is recognized as the Best Airline in the World

Recently, Emirates opened Emirates Flight Training Academy which is said to be the most advanced flight training academy in the world.

The airline also has a facility at the Dubai International airport which is dedicated exclusively to the secure transport of pharmaceuticals.

Founded by billionaire businessman, Richard Branson, Virgin Atlantic began with a leased jumbo jet and has since grown to become the second largest long-haul airline in the United Kingdom.

In 2008, Virgin Atlantic operated a pioneering biofuel demonstration with Boeing and engine manufacturer GE Aviation on a 747 between London and Amsterdam. This was the world’s first flight using biofuel by a commercial airline. Virgin Atlantic has also ordered 15 of the 787-9 Dreamliners which burn around 27% less fuel per passenger than the A340-300, the aircraft it will replace in the Virgin Atlantic fleet.

Air Peace is relatively a new airline in Nigeria. The airline started operation in 2013, just about 3 years ago. However, it has proved itself to be a leader in the industry and it has everything required in an international airline.

It has its operation base at Murtala Muhammed International Airport. The airline has up to 9 aircrafts in its fleet. They however ply 6 destinations across the globe.  They have their headquarters located at Ikeja, Lagos.  Website of the airline is at www.flyairpeace.com.

The airline has up to 3 aircrafts in its fleet. Headquarters is located at Lagos, Nigeria.  Website is at www.alliedairng.com.  The company as founded in 1998. It got recapitalized, like every other airlines operating before 30th of April 2007.  Some of the destinations they visit are Malabo, Entebbe, Monrovia, Freetown and Accra. Equally, they fly to Liege.

They started operation in 1996. They operate from Murtala Muhammed International Airport. The airline has up to 3 aircrafts in their fleet their parent company is Associated Aviation Limited and they have headquarters at Ikeja, Lagos, Nigeria.

This is yet another cargo airline.  In 2008 anyway, the company was bought by a new set of investors and these investors launched more routes to extend the number of destinations plied by the aircraft. You can get to know more about them from www.flyassociated.com. .

This is yet another very popular airline operator in Nigeria. It was founded in 2008. It might have come later than a number of other airlines, but it is still far head of several others in terms of quality service delivery it operates from  Murtala Muhammed International Airport too, like several other airline operators in Nigeria. Dana Air has up to 6 aircrafts in its fleet and it plies up to 4 international routes.   They also fly to 4 destinations in foreign lands.  Their website is at www.flydanaiar.com.  The airline operates both local and international flight activities.

This airline started operation in 2004.  They actually started out as Virgin Nigeria.  The actual flight activity started on the 28th of June, 2012.   Operation base is at Murtala Muhammed International Airport.

There are up to 12 airplanes in the fleet of this airline and they ply up to 19 different routes, both domestic and international.  Parent company is Nicon Group, and the company owns up to 50% shares in the airline.  Virgin Atlantic Airways however owns the remaining 50%.

KLM is an international airline. It is owned by the Dutch government and it was founded on the 7th of October 1919.  Purpose of its establishment was to serve the people of Netherlands.  Since its inception till date, the airline had never changed its name; it is still operating under its name, KLM since it was founded in 1919 till date. They however merged with Air France in 2004 to form Air France KLM. The two had been together since then till now.  The airline belongs to the KLM group and it actually forms the core of the group.

Air France is an international airline belonging to the French government.  They have so many aircrafts in their care. Their aircrafts are divided into long haul fleet, medium haul fleet, regional fleet and cargo fleet. The airline travel to many cities across the world, including Lagos.

Head office is located at rue de Paris and they are undauntedly one of the best the world had ever seen.  At their lounge, they have various services they provide to their passengers, like anti-stress center, vaccination center and many others.

The airline assures all its clients complete safety during flight.  They provide one of the highest levels of air safety to their passengers and also provide top level flight security. Aircrafts in the company’s fleet are consistently maintained and this makes them one of the best in the world.

This is undoubtedly one of the best in the world while it held sway. It began operation in 1992. It is however unfortunate that it has ceased from operation since 2009.  It operated from Murtala Muhammed International Airport and the airline has up to 13 aircrafts in its fleet.

Their website is www.flybellviewair.com.  It was operating then as Bellview Travels Limited. It had its base in Lagos, Nigeria.  The airline operated both domestic and international. Bellview however plans to come back into the market and it is planning to liaise with the British Airways to provide top class services to its teeming passengers.

There are plans under way also to purchase new aircrafts or to lease new ones from Ibera Airlines.  The company equally plans to extend its services to as far as Asia.

This is yet another international airline operating in Nigeria. The company belongs to the Qatar government and it has proved to be one of the best in the world over the years.

Qatar airways ply a number of  routes and destination, Ras Al Khaimah in UAE, Sydney in Australia, Boston in USA, Birmingham in UK, Adelaide in Australia, Yerevan in Armenia, Atlanta in USA, Marrakech in Morocco, Pisa in Italy, Windhoek in Namibia, Helsinki in Finland, Krabi in Thailand and Seychelles.

In addition, the airline plans to add more routes, like Auckland in New Zealand, Skopje in Macedonia, Sarajevo in Bosnia, Nice in France, Douala in Cameroon, Libreville in Gabon and Lusaka in Zambia.

They started operation on the 30th of May, 1924.  Former name of the company was Huff daland Dusters. Actual flight operation started on the 17th of June, 1929. 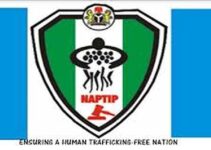 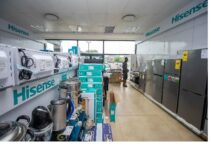 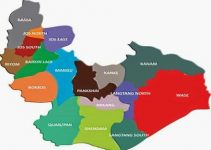