There are some states in Nigeria that prioritize education and this has led to a high level of education in these states.

In this post, we’ve decided to take a look at these states and how their educational policies and the establishment of notable educational institutions has led to them featuring on our list of most educated states in the country.

Nigerian States with the Most Educated Citizens

The capital of Imo state, Owerri is said to be the center of the state’s educational programme. Some of the notable educational institutions in Imo state include the Imo State University, Federal University of Technology, Owerri, Federal Polytechnic, Nekede, Eastern Palm University, Ogboko, Ideato, Imo State Polytechnic, Umuagwo, Alvan Ikoku College of Education and the Technological Skills Acqisition Institute, Orlu.

As part of the state’s drive to remain the foremost state in terms of education, the governor of Imo state, Rochas Okorocha announced establishment of six new tertiary institutions in 2018. The new institutions are the University of Engineering, Onuimo, University of Agriculture, Aboh Mbaise, Ihitte Uboma College of Education and the Ehime Polytechnic.

There is also the Film and Broadcast Academy, Ozoro and the College of Education, Agbor.

The governor further announced that the National High School, Arondizuogu would become a College of Education while the Ahiara Technical College would be upgraded to a Polytechnic.

Lagos is one of the most developed states in the country and this includes educational development. The state is home to several polytechnics and universities. The universities include the University of Lagos and Lagos State University. Also, there is Lagos State Polytechnic, Yaba College of Technology, Federal College of Education, Yaba and many others.

Many of these secondary schools are known to prepare students for not just an education in Nigeria but in foreign schools in Europe and America.

Enugu state is home to the first indigenous Nigerian university, University of Nigeria Nsukka (UNN). Apart from UNN, there is also the Enugu State University of Technology, Caritas University, Institute of Management Technology and many others.

Also, the state has a great variety of educational institutions that focus on the sciences and you will certainly find at least one government school in every community in the state.

Anambra is particularly prominent for its metalwork and carving industry and its most notable educational institution is the Nnamdi Azikiwe University and they are known to be specialist in the metal working industry.

Anambra can also boast of some of the best secondary schools in the country. These include the likes of Christ the King College, Onitsha, Bethlehem Schools, Federal Government Girls College and Onitsha High School.

Abia state is one of the most educated South-Eastern states. There are four major universities in the state namely Rhema University; Gregory University Uturu; Abia State University and Michael Okpara University of Agriculture.

Osun state is home to several private and government universities. The private universities include Bowen University, Adeleke University and the Redeemers University of Nigeria.

The state also has two state universities, Ladoke Akintola University of Technology and the Osun State University. The prestigious Obafemi Awolowo University is the only federal university in the state.

Bayelsa was created in 1996 from River state and the state is estimated to have the smallest population in the country. however, there have been efforts by both the Federal and State Government to boost the educational sector of the state.

A few years ago, over N40 billion was invested into the education system of the state which has led to the establishment of the Federal University Otuoke.

Ondo State has another state in the South West with a high literacy level. The state is also home to several educational institutions.

The clamour for education in Ondo state can be traced to the former governor of the state, Adekunle Ajasin to Dr. Olusegun Mimiko.

This state is said to have the highest number of educational institutions in the country. These include a couple of the unity schools that is the Federal Government College, Odogbolu and the Federal Government Girls College, Sagamu as well as tertiary institutions like Tai Solarin College of Education; Federal University of Agriculture, Abeokuta; Moshood Abiola Polytechnic and Olabisi Onabanjo University Ago Iwoye.

Overall, we have expanded our list to highlight other states outside that top 10 that have also done well with regards to educational development.

Below is a full list of the top 20 most educated states in the country. 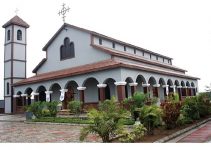