Nigerians eat rice a lot. In fact, it’s hard to find a Nigerian family that doesn’t eat this staple at least once a day. Typically, the rice eaten in Nigeria comes from either of two sources. It could either be imported or locally grown.

The imported rice is the more popular option because of its affordability and availability. The locally grown rice is said to be more nutritious unfortunately, it hasn’t been readily available until recent years. 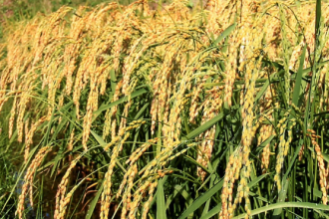 However, it is interesting to note that 29 out of the 36 states in the country are involved in the cultivation of rice yet the local production is not sufficient to meet the country’s demand which has led to the popularity of the imported rice.

In recent times, there have been efforts from the government to ensure that locally made rice is distributed to every nook and cranny of the country. One of such initiative is the Lake Rice which is a partnership between Lagos State and Kebbi State, one of the largest producers of rice in the country.

However, while these initiatives are starting to yield results, the imported rice still remains a popular option for many individuals and families especially in cities like Lagos, Port Harcourt and Abuja.

In this post, you’ll learn about the best and most popular brands of rice in the country and their producers.

Mama Gold is one of the most popular brands of rice in the country. The brand is owned by the agri-business giant, Olam Nigeria Limited.

Mama Gold is produced in Thailand and processed into parboiled rice. A few years ago, the company experienced a controversy when news began to circulate about the presence of fake bags of Mama Gold in the country.

The company was able to stem the tide by issuing a disclaimer on the fake bags indicating that the company hadn’t been importing the brand for sometime. The fake bags included the following package sizes: 1kg, 2kg, 5kg, 10kg, 25kg and 50kg.

It was said that some unscrupulous element were counterfeiting these bags and filling them up with smuggled, expired and unhealthy rice. These re-bagged packages were then sold in the open market and even on online channels as our Mama Gold rice brands.

Mama Africa is another popular rice brand produced by Olam Nigeria. The company is one of the leading rice agri-businesses in the world. This brand is produced in Thailand and exported to Nigeria. The company has been able to maintain a steady supply of this brand because of its efficient distribution network which links its rice farms in Thailand to clients in all major rice-consuming countries.

Also, Olam has studied the distribution networks in its destination markets in order to carefully develop a system based on backward integration of the logistics aspects of our value chain. This has ensured the consistent availability of the Mama Africa rice brand in the Nigerian market and other major markets.

This strategy of investing in the local production of rice has helped reinforce the company’s position as the biggest local rice player in the country.

Olam Nigeria has a 10,000 hectare farm in Nasarawa which supplies the company’s rice processing mill located in the same area. The mill is able to process up to 36,000 MT of milled rice annually. Also, the company has an outgrower programme that currently employs about 3,000 and it is expected that this number should rise to 16,000 farmers by 2018.

Because of its local origin, Mama Pride can be said to be the best rice brand in the country as it is highly nutritious and comes with a rich taste. The colour is similar to the popular ofada rice which has further boosted its popularity in the country.

Caprice is produced by the Stallion Group which is one of the leading consumer brands in the country. It was the Stallion Group that introduced the concept of packaging essential food items into a multi brand package instead of selling it under a singular name.

Caprice is arguably the most popular rice brand from the Stallion Group however it comes in different varieties. There is the Caprice White as well as the Caprice Gold.

This rice brand is processed and parboiled in Thailand however; the Stallion Group also imports rice from other rice producing countries like Thailand, India, Vietnam, Brazil and USA.

This is another top selling brand of rice from the Stallion Group. It is also imported from Thailand.

The Lake Rice became popular when the Government placed a ban on the importation of rice which led to the scarcity of the imported rice which was accompanied by rising cost of rice.

This partnership enables Kebbi State, one of the leading rice producers in the country produce and package rice for the Lagos market.

In December 2017, the Lake rice had a warm reception as over 1 million bags were sold in the state. One of the advantages of the Lake rice is its affordability and availability. The rice was sold for N11500 however; the Kebbi State Government is looking to further drive down price as it is looking to boost its production capacity.

Also the rice brand is being made available in different parts of Lagos State as the State Government has partnered with local distributors to ensure this is possible. 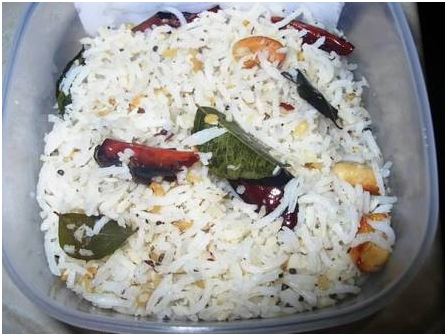