In this post, we take at the top 10 richest Yoruba movie stars based on their networth.

Odunlade Adekola is the most popular and richest Yoruba actor. He is said to be worth well over $1 million.

Adekola features mainly in Yoruba movies but he is one of the few Yoruba actors that have successfully crossed over to the English genre.

He has starred in English movies like Taxi Driver (Oko Ashawo), Wives on Strike and New Money over the last couple of years.

Adekola is known for his versatile acting and excellent delivery. He is the CEO of Odunlade Adekola Film Productions where he trains upcoming actors and actresses. He has some protégé in the industry like Tunde Owokoniran popularly called Tilapia who graduated from the school in 2014.

Adekola has bagged several endorsements with brands like Globacom and Goldberg and he is known to have several properties in Abeokuta where he lives.

Funke Akindele is arguably the most talented female Yoruba actress. She has the unique ability to switch from the role of an illiterate to that of an extremely intelligent woman.

Popularly called Jenifa due to her role in the hit movie, Jenifa, she is the richest Yoruba actress with a net worth of $900,000.

She has bagged several endorsements over the years with the likes of Globacom and Jobberman.

The actress has continued to remain popular and influential as a result of her hit series, Jenifa Diary.

Mercy Aigbe is one of the most popular Yoruba actresses. The Edo born actress is said to be worth an estimated $500,000. She’s known for her peculiar fashion sense. A few years ago, she launched a clothing store called Mag Divas Boutique. The store was opened in November 2014 and has been successful so far.

The actress studied Theatre Arts at the University of Lagos. She began her acting career in 2002.

Dayo Amusa is a Nigerian singer, actress, producer and business woman. She was born and bred in Surulere, Lagos and she’s the first child from a family of 5.

The actress studied Food Science and Technology at the Moshood Abiola Polytechnic. She ventured into acting during her time at MAPOLY and faced it full time after she graduated.

The actress has won several awards in the last few years, some of which include Best Indigenous Actress at the Nollywood Movies Awards and Best Crossover Act at the Yoruba Movie Academy Awards in 2014.

Femi Adebayo is a lawyer, actor, movie director and producer. He was the former Special Adviser to the Governor of Kwara State on Arts, Culture and Tourism. He is also the son of the veteran actor, Adebayo Salami.

The actor has a thriving law office where he handles legal matters on properties and importation. He is also the MD/CEO of J-15 media network Nigeria.

Adebayo started his acting career over 20 years ago. He is known to have featured in popular movies like Sonto Alapata, Wura Ati Fadaka, Ma Wobadan, Buga and Survival of Jelili.

Popularly called Sanyeri, Olaniyi Afonja began acting in 1992 after joining a theatre group introduced to him by a friend. In 1996, Olaniyi relocated to Lagos but things were really tough for him. The actor revealed that he slept under a staircase for close to 10 years before he found his feet.

Olaniyi is known for his comic roles and has featured in over 200 productions since he began his movie career.

He is also a movie producer. He was nominated for Best Movie Producer of the Year at the City People Entertainment Awards in 2015.

This Ibadan born actor is one of the richest Nollywood Yoruba actors. He has featured in over 100 movies since he debuted as an actor. Wale is particularly known for his comic roles.

The actor was a businessman for over a decade before moving into acting full time.

Okunnu is said to be one of the busiest Yoruba actors as he is involved in the different aspects of the film business from acting to production and marketing.

She is the founder of the NGO, Fathia & I. Through her foundation, she supports underprivileged children morally and financially.

The actress was married to the veteran Nollywood actor and producer, Saheed Balogun.

Her longevity in the industry as enabled her amass substantial wealth from acting in blockbuster movies and producing some of them.

Fathia has featured in over 100 movies since she began acting.

He is particularly known for producing and directing the award winning movie, ‘Ori’. Ademola is also a talented script writer.

In 2005, his movie, Ori won the best indigenous film at the maiden edition of Africa Movie Academy Awards (AMAA).

In 2013, the actor completed his 5 bedroom duplex in Oluyole Estate in Ibadan. The property is said to be worth over N20 million.

Apart from acting and movie production, the actor also has endorsements. He is the brand ambassador for Schemelink Properties Limited.

Iyabo Ojo is a popular Yoruba actress. She has featured in over 150 movies till date. She is also producer and she has produced 14 movies.

In 2004, she produced her first movie, Bolutife and this has been followed by other movies like Bofeboko, Ololufe, Esan and Okunkun Biribiri.

In 2015, she made her cinema debut with the movie Silence, which featured the likes of Joseph Benjamin, Alex Usifo, Fathia Balogun, and Doris Simeon.

The actress studied Estate Management in Lagos State Polytechnic. Apart from acting, Ojo is also into other businesses. She recently opened her amala joint, Abula Spot. The building was inaugurated by the first Lady of Kwara State.

Her other business interests include general catering services, a bar and lounge, spa, makeup studio and event management. 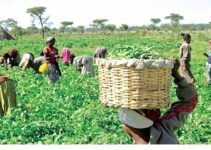 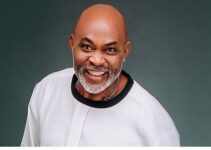 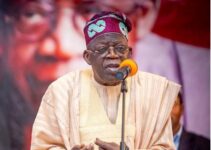 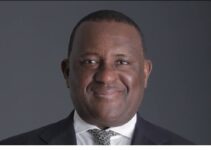