In 1984 and 1988, the Super Eagles reached the Cup of Nations final, losing both times to Cameroon.

The Super Eagles won the Men’s football event at the 1996 Olympics in Atlanta, beating Mexico, Brazil and Argentina in the process.

The Super Eagles finally reached the World Cup for the first time in 1994 managed by Clemens Westerhof. Super Eagles of Nigeria topped their group which included Argentina, Bulgaria, and Greece. Nigeria defeated Bulgaria 3–0, lost to Argentina 1–2, and reached the second round after a 2–0 victory over Greece.

In the second round the Super Eagles played Italy and took the lead with a goal from Emmanuel Amunike at the 25 min. The Super Eagles were within two minutes of qualifying for the Quarter-finals of the 1994 World Cup but Roberto Baggio scored to take the game to extra time. He also scored the eventual winning goal. The game ended 2–1 in favour of the Italians.

The Super Eagles qualified for the tournament with high Optimism due to the return of most 1994 squad members. The Super Eagles were drawn into group D with Spain, Bulgaria, Paraguay. The Super Eagles scored a major upset by defeating Spain 3–2 after coming back twice from being 1–0 and 2–1 down.

The Eagles qualified for the second round with a win against Bulgaria and a loss to Paraguay. The team’s hopes of surpassing its 1994 performance were shattered after a 1–4 loss to Denmark.

With a new squad and distinctive pastel green kits the Super Eagles were expected to build on its strong performances in the 2000 and 2002 African Cup of Nations where the Super Eagles finished in 2nd and 3rd places respectively.

Having missed out on the 2006 FIFA world cup held in Germany the Super Eagles qualified for the 2010 event. The team was in the same group as Argentina, Greece and South-Korea. They lost against Argentina 1-0, lost against Greece 2-1 and drew the last game against South-Korea 2-2 to bow out of the tournament in the group stage.


The 2013 Africa Cup of Nations Final was a football match that took place on 10 February 2013 to determine the winner of the 2013 Africa Cup of Nations, the football championship of Africa. The match was held at the FNB Stadium in Johannesburg which also hosted the 2010 FIFA World Cup Final. The tournament’s closing ceremony was held just prior to kick-off. The final was contested between the Super Eagles of Nigeria and Burkina Faso.

Sunday Mba scored the only goal as the Super Eagles won the final 1–0. Hence, Nigeria then represented CAF at the 2013 FIFA Confederations Cup

The Super Eagles were grouped with Spain, Uruguay and Tahiti in the 2013 FIFA Confederation cup and crashed out in the group stage having lost 1-2 and 0-3 to Uruguay and Spain. The 6-1 thrashing of Tahiti was not enough to pull them through to the next stage leaving them with just 3points.

The Super Eagles started their campaign with a disappointing 0-0 draw over Iran. The second game against Bosnia and Herzegovina gave the Super Eagles their first World Cup win since 1998 by a lone goal from Peter Odemwingie.

In the second round the Super Eagles faced France, and held them off until the 79th minute when Paul Pogba header gifted France the lead which then followed by an own goal by Joseph Yobo in injury time to put the result beyond any doubt and the Super Eagles were out of the tournament.

The Super Eagles of Nigeria failed to defend their title in  Equatorial Guinea after failing qualify from Group A.

In the final round of matches, the Super Eagles of Nigeria were held 2-2 by South Africa in their newly opened stadium in Uyo, Akwa-Ibom meaning they finished third in the group where only the top two placed teams gain automatic qualification spots.

With eight points a total that also put them out of the running to be the best third-placed team they have no chance of defending their title. 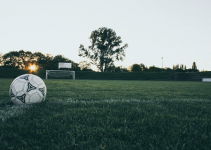