June 12 is celebrated as Nigeria’s Democracy Day. Democracy day was formally marked annually on May 29. In 2018, President Muhammadu Buhari decided to change Democracy day to June 12. June 12 has a huge significance in Nigeria’s history. It was on this date that Nigeria held its first presidential elections since the 1983 military coup. The whole essence of June 12 is to remind Nigerians of the snares of the past, the errors of the present, and the need to defend the principles of democracy. The significance of June 12 will be lost if we don’t see democracy as a system of government that meets the aspirations of the people.

Let’s dive into why June 12 plays a significant role in Nigerian history:

Before June 12, 1993, Nigeria had endured many political mishaps since 1960 when it gained its independence. Nigeria was indeed a nation that was divided. There were ethnic, religious, and regional differences. Power, both military and political, was been held by the northern region.

June 12, 1993, was the day Nigerians came out in their millions to vote and elect their own President. That of course, after years of military rule. History has it that it was believed to be the freest and fairest election exercise in Nigeria. The said voting was void of religious and tribal dispositions.

On June 12, 1993, two political parties contested for power. One was the Social Democratic Party, whose presidential candidate was Chief Moshood Kashimawo Olawale Abiola (MKO), and his running mate, Babagana Kingibe. The then military President, General Ibrahim Babangida, underestimated Chief Moshood Kashimawo Olawale Abiola. On that day, Nigerians who were already tired Of the military rule came out irrespective of the bad weather, in their numbers, to vote for their President. They kept religion aside. They kept social class and status aside. They had one common goal. That was to elect their President.

After the elections, Chief Moshood Kashimawo Olawale Abiola was believed to have won, after defeating Bashir Tofa of the National Republican Convention (NRC), and Nigerians were patiently and eagerly waiting for the announcement of the result of the election. The unofficial result as it wasn’t yet declared by the National Electoral Commission (NEC), indicated that Chief Moshood Kashimawo Olawale Abiola had already won the election. To the people’s dismay, the military President on the seat, General Ibrahim Babangida, canceled the election. He claimed there were election irregularities.

After the annulment of the June 12, 1993 election, there was chaos. There were protests which led to the extrajudicial killings of protesters, who were pro-democracy activists and other Nigerians. They were killed by armed security operatives. Due to this, former military rulers General Olusegun Obasanjo and General Muhammadu Buhari, alongside 10 other former generals, who were part of the Association for Democracy and Good Governance, issued a joint statement demanding the removal of the military president, General Ibrahim Babangida, from power.

There was severe violence in July 1993 in the Southwestern region after the annulment of the election. People from all over the world condemned the annulment. It also led to the suspension of aid from the United States and The United Kingdom, to Nigeria.

These killings led to the relocation of many citizens across the country. The government shut down media houses and even arrested journalists. They also issued a decree preventing any court case concerning the annulment of the election. Before General Ibrahim Babangida was forced to leave office, he handed over to an acting government that was headed by Chief Ernest Shonekan. However, this particular arrangement by General Ibrahim Babangida handing over power to Chief Ernest Shonekan didn’t last as the late General Sani Abacha overtook General Shonekan and took over power.

In 1994, Chief Moshood Kashimawo Olawale Abiola declared himself President and Commander-in-Chief of the federation. He was then accused of treason and was arrested and jailed. His arrest led to protests and strikes by workers in various sectors of the economy, such as the banking, academia, and petroleum sectors. This strike lasted for nine weeks. It had a massive effect on the economy negatively.

After General Abdulsalami Abubakar took over from General Sani Abacha in 1998, he conducted elections and handed over power to Chief Olusegun Obasanjo on May 29, 1999. That then became Nigeria’s official Democracy Day, and it was declared an annual public holiday.

Since May 29, 1999, Nigeria’s democracy has not witnessed any form of military intervention. Nigeria has been going from one Democratic civilian government to the other. This is indeed one of the benefits of the June 12, 1993 struggle. Since 1999, there hasn’t been even one military interruption.

The significance of June 12 will not be felt if we as citizens don’t see democracy as a system of government that meets the aspirations of the people. The end of the military rule brought about a new era of regular elections as well as the return of civil liberties, freedom of the press and an end to unlawful arrests and torture.

June 12 election in Nigeria’s history represents the Nigerian citizens’ revolution. Chief MKO’s victory demonstrated that Nigerians are more concerned with having a true leader and what he stands for. Although the winner of that election died, he left us with the lessons of democracy. We are currently enjoying democracy because of Abiola’s insistence on his mandate. If he didn’t go through all the struggles, Obasanjo would never have become President and we would have probably been under military rule.

Before now, the southwestern states marked June 12 as Abiola day to remind themselves of the struggles of the election in 1993 and how the region was denied. On June 6th, 2018, President Muhammadu Buhari decided to change the date of Nigeria’s Democracy Day to June 12. He did this because Chief Moshood Abiola died during the struggle to restore democracy in Nigeria. 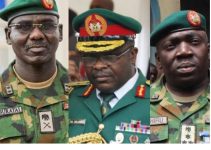 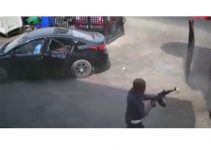