History of the Nigerian Mass Media 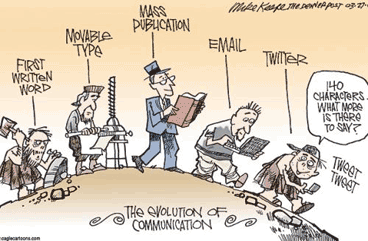 During the colonial times, the traditional media was conveyed in the form of idiophones, symbolography, aerophones, membranophones etc. Also, it would be recalled that one of the most important media sources in the past was the town crier or bellman who with his loud-sounding gong often announced the promulgation of laws and regulations, meetings, arrangements for communal work and general spread official information in the community.

Even today, the town-crier remains a crucial part of the village society today and can still be seen in some parts of the urban areas with established and recognized monarch.

Many of these traditional media have survived even up to this day and are still waxing strong as essential media of communication especially in the rural areas where more than 75% of Nigerians still live. As a matter of fact, many rural dwellers consider them more credible than the modern mass media. This type of media is also cheap, easily available, accessible and easy to understand.

This explains why even experts in current media technology have recommended that in any media campaign effort for modern public enlightenment and mobilization in developing countries like Nigeria, these trado-rural media of communication must be carefully selected and integrated or blended with the modern media in a systematic planned and executed media scenario.

Apart from the traditional media tools, let’s take a look at some of the more recent media platforms like newspaper, radio, television etc.

Newspaper is a popular form of print media and it can be traced to Rev. Henry Townsend’s Iwe-Irohin in 1859, Robert Campbells Anglo-African in 1863 and several others.

As of 1979, it was reported that Nigeria had thirty-one (31) dailies and non-dailies with an estimated 600,000 combined circulation figure. Currently, the figures are much higher. However, the role of Nigerian newspaper, magazines, and other periodicals as well as printed matters like posters, handbills etc in politics are increasing by the day.

In Lagos, the history of the newspaper can be traced to the Lagos Times. It was first published in 1880 and the paper started the tradition of active and diverse debate in the mass media.

There was also the Lagos Daily News which was launched in 1920 and became the first daily. This paper ran until 1936. Currently, there are over 50 different newspapers in the country both tabloid and broadsheet. Some of these newspapers include Thisday Live, The Punch, Media Trust, Business Day, the Guardian, the Punch, the Sun amongst others.

Generally, the newspaper covers local issues, major events and celebration, politics, the way of life of people in Nigeria and business.

Currently, there are over 100 local and national newspapers. The government owns some of these publications and newspapers. These newspapers also have dailies, tabloids and also periodicals that act in defense of the Nigerian ethnic group welfare.

News magazines are usually printed weekly. This type of magazine was kept popular during the regime of military government and the demise of this regime can be traced to these magazines.

These magazines were known for their belligerent assault on national leadership and during the military regime, they were known to use secret offices to print their publications to prevent assaults from the government.

Over the years, the number of privately owned TV stations has grown and many of the stations are located in commercial centres like Lagos, Ibadan, Abuja, Port Harcourt, Enugu and many others.

Radio is an important source of information as many Nigerians both in the rural areas and urban centres have access to it. Also, many of the radio stations in the local areas are in the local languages which make it quite alluring.

The history of this form of the broadcast media can be traced to the BBC’s (British Communication Corporation) relay and reinfusion services as far back as 1932. This led to the birth of the Nigerian Broadcasting Corporation in 1951 (now the Federal Radio Corporation of Nigeria, FRCN).

Currently, there are over 30 privately owned radio stations in the country.

Overall, no Nigerian politician, political party or government can survive or achieve its objectives without using the services of radio, television, home videos, (VCR) and the satellite-aided broadcasting outfits like the Cable News Network (CNN), in one form or the other, including publicity and political advertising.

As broadcasting and mass media became more important over the years, the National Broadcasting Commission (NBC) was established in the early 1990s to regulate broadcasting in the country.

There is also the news agency known as News Agency of Nigeria, which is owned by the state. It is the source of news for all the Nigerian newspapers. Direct reporting is also done in the media of Nigeria as the newspapers cover the local and national news.

Generally, it is a well-known fact that mass media has become a formidable force in the political, economic and socio-cultural life of Nigerians.