Nigeria has an artistic tradition that dates back thousands of years. While much of the country’s early art had a religious or spiritual significance, many of the traditional arts and crafts evolved over time to include practical and decorative items. Many of the local arts and crafts are regional, but most large markets in the major cities sell items from all over the country. Check this out to know more about arts.

Generally, the concept of art can be found in the fact that human beings express their experience and values through this means. This is why the art and culture of Nigeria embody the vivid image of Nigerian culture and history.

In this post, we take a look at Nigerian traditional art from the likes of the Nok art, Igbo Ukwu bronze work tp the Ife Art and others.

Nok Art can be traced to the Nok Culture located in a settlement near the River Benue which is said to be one of the earliest reminiscences of the ancient human settlement in the country.

The bronze work of Igbo Ukwu existed as far back as the 9th century. As the artwork gained prominence it became the talk of the town in not only Nigeria but in other parts of West Africa.

Igbo Ukwu is known for three archaeological sites, where excavations have found bronze artefacts from a highly sophisticated bronze metal-working culture dating to 9th century AD, centuries before other known bronzes of the region.

The most popular Ife Art is the Ife head that is thought to be a portrait of an Ooni or Oni. It was likely made under the patronage of King Obalufon II whose famous naturalistic life-size face mask in copper shares stylistic features with this work. Today among the Yoruba, Obalufon is identified as the patron deity of brass casters. The period in which the work was made was an age of prosperity for the Yoruba civilisation.

Wood carving date back to the 12th century with famous places like Benin, Lagos and Awka becoming major hubs for the art.  Over the year, carvers have flourished in these regions with the making of figurines that reflect the rich history and beliefs of the country and its people through time.

Pottery is one of the ancient crafts in Nigeria that is still being practised in most parts of the country today. It caught the attention and interest of early British archaeologists in Nigeria like Professor Thurstan – Shaw, whose work of excavation of these precious baked – clay objects have been outstanding, but humongous and elephantine. Pottery has been described as one of the cheapest arts being practised in Nigeria and heavily dominated by women.

The popularity of pottery began as far back as 100 B.C. Archaeological discovery showed ancient pottery sites in Iwo Eleru and artefacts of terracotta dating from A.D. 800 were found at Ile Ife. Currently, the main centres of pottery in Nigeria are Okigwe (Imo) and Suleja (Niger).

One of the major breakthroughs in pottery in Nigeria was as a result of the effort of Dr Ladi Kwali, who promoted his works in European countries and propagated the art of pottery making in Nigeria.

Cloth weaving is quite popular in Nigeria especially in states like Abia State, Oyo State and Okene in Kogi State.

The Yoruba people use a shrub to create indigo-coloured batik-dyed cloth which gives an artistic expression to the textile. In Ife, Osogbo, Abeokuta and Ibadan, women traditionally do the dying, while in the north, the craft is practised almost exclusively by men. Weavers all over the country produce a bright fabric with lace designs. Oyo state is known for its fine loom cloths while cloth from Abia state uses a broadloom technique.

In addition to traditional art, contemporary Nigerian art is also worthy of mention. Basically, there are four periodic phases which include:

Contemporary Nigerian art was introduced into the Nigerian secondary school curriculum in 1923 through the sole effort of Aina Onabolu which is why he is called the “Father of Modern Art in Nigeria/Africa.”

Despite not receiving adequate publicity, it would be recalled that “The Colonial Office” (1896) which was the earliest known example of Western-type of art in Nigeria was a drawing by Aina Onabolu.

The Phase II of the history of Contemporary Nigerian art was an extension of Phase I. During this period, many of the products of Onabolu and Murray started to practice as studio artists, art educators, and administrators. Some became art teachers in primary and secondary schools in some parts of the country (Nigeria), especially in Lagos, Abeokuta, Ibadan, Umuahia, Calabar, and Benin City. While others proceeded to foreign countries for their art education. Ben Enwonwu, who initially studied under Murray at Government Colleges in Ibadan and Umuahia (from 1934 – 1937), was an example. He continued his art education in Britain at Goldsmith College (in 1944), Ruskin College (from 1944 – 1946), and Slade School of Fine Arts, Oxford (from 1946 – 1948).

Phase III of the history of Contemporary Nigerian art is in two phases. The first concerned the establishments of the academic (formal) art schools and the second, the creations of the art workshop centres (informal art schools).

This was characterised by the outburst in the number of higher institutions that offer art programs (since 1971 to the present time). Thus, unlike before, when there were only a few art schools and with just a handful number of artists produced each year, there has been more diversity of artistic creativities among the multitude of art graduates that are now being produced every year Nigeria. 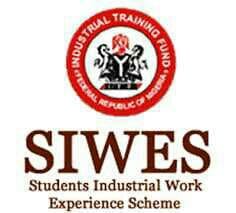