This article gives full information on the Economic and Financial Crimes Commission; when and why it was established and many more things to be known about this important Nigerian agency.

The Economic and Financial Crimes Commission (EFCC) is a Nigerian law enforcement agency that is accountable for the investigation of economic and financial crimes such as advance fee fraud (also known as 419 fraud), money laundering and embezzlements.

When was the EFCC established?

The EFCC was established on April 13, 2003. This was partly in response to pressure from the Financial Action Task Force on Money Laundering, an intergovernmental organization founded in 1989 by the G7 to tackle the vice of money laundering. FATF ranked Nigeria as one of 23 countries that were most non-cooperative in the combined efforts to fight money laundering globally.

Nuhu Ribadu is the pioneer chairman of the EFCC. Under his leadership, the agency prosecuted and convicted many corrupt individuals. These ranged from top government officials to bank directors. One of the prominent cases back then was that of Diepreye Alamieyeseigha, a former Bayelsa state governor who was accused on charges of money laundering and was impeached on allegations of corruption on 9 December 2005.

In September 2006, 31 of Nigeria’s 36 state governors were under investigation by the EFCC for charges of corruption.

In April 2008, the EFCC began an investigation of the popular daughter of the former Nigerian President, Senator Iyabo Obasanjo-Bello for receiving N10 million ($100,000), which was allegedly stolen from the Ministry of Health.

On June 6, 2008, Chief (Mrs) Farida Mzamber Waziri was sworn in as the new chairperson of the EFCC but was later dismissed by President Goodluck Jonathan on 23 November 2011.

The former chairman Nuhu Ribadu was on the 6th of August, 2008 demoted by two levels from Assistant Inspector General (AIG) to Deputy Commissioner of Police (DCP). It was said that this was done because his promotions did not follow due process.

Waziri was replaced by Ibrahim Lamorde as Acting Chairman, who also was confirmed on the 15 February 2012 by the Nigerian Senate.

The website of the EFCC contains a list of the country’s most wanted criminals, prosecutions and suspects. They’re also known for their slogan WE WILL GET YOU.

On September 14, 2010, the head of the Forensic Unit of the EFCC, Abdullahi Muazu, was assassinated in Kaduna. It is reported that he had been actively involved in the trials of many bank directors.

The Establishment Act of the EFCC

By Section 7(2) of the Establishment Act 2004; the Economic and Financial Crimes Commission is charged with the responsibility of enforcing provisions of the law relating to economic and financial crimes. These are:

Mission Statement of the Economic and Financial Crimes Commission (EFCC)

The EFCC is a Nigerian agency given the responsibility of handling all financial crimes, money laundering, corruption and embezzlement within the country. However, with a global outlook, it is expected that the agency helps in contributing its own quota to the global fight against corruption.

On the official website of the agency, they have their mission statement to be:

In addition to this, the EFCC is the main agency of the Nigerian government responsible for fighting terrorism.

Vision Statement of the EFCC

The vision of EFCC is to operate by the best international standards in leading the fight against economic and financial crimes in Nigeria.

Management of the EFCC

How are the operations and activities of the Commission managed on a daily basis?

The structure of the commission is comprised of:

The Board functions as the policy provider for the operations of the Commission. The board members include the Executive Chairman, Secretary to the Commission/Head of secretariat and other members representing various interests and institutions.

The Management of the Commission has the Executive Chairman as the Chief Executive, assisted by the Secretary to the Commission who is also called the Head of the secretariat.

Composition of the EFCC Board

The EFCC board is made up of twenty-two (22) members and the Secretary to the Commission, who is also the head of administration.

Main Achievements of the EFCC since Inception

Since the Economic and Financial Crimes Commission was inaugurated on the 13th April 2003, the Commission has recorded some outstanding achievements. These include:

EFCC logo and what it represents

The eagle on the logo represents strength, vigilance and tenacity; The coat of arm represents the sovereignty of the nation while the red colour signifies vigour and non-tolerance of corrupt practice.

For more information on the achievements of the Commission and Economic and Financial crimes, you are advised to visit the Commission’s official page, www.efccnigeria.org 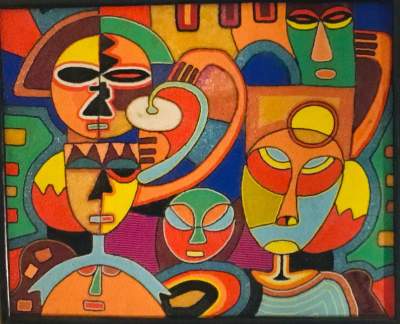