National Youth Service Corps (NYSC) is a scheme set up by the Nigerian government to involve Nigerian graduates in nation-building and the development of the country.

The scheme was created on 22 May 1973 as an avenue for the reconciliation, reconstruction, and rebuilding of the nation after the civil war. It was established based on decree No. 24 that stated that the scheme was created “with a view to the proper encouragement and development of common ties among the youths of Nigeria and the promotion of national unity.

Latest News and Updates on NYSC

In this post, we look at the latest activities and news update on the NYSC

A few days into the New Year, the Olalekan family reported the strange disappearance of their son, Imam Rafiu, a NYSC member in Lagos. He had been missing since December 24, 2018. The graduate of Mathematics from the University of Technology, Mina, reportedly left his apartment at the Military Barracks Yaba, which he shared with a friend that fateful day without telling anyone where he was going.

His sister, Mrs Kehinde Lawal spoke with Vanguard on phone on the 3rd January and disclosed that they had also informed the Police. According to Kehinde, “his roommate was not around when he went out as he had gone to the Redemption Camp and by the time he came back, he saw her brother’s phone, wallet and clothes in the room and concluded he could have gone out to buy something. But he became apprehensive after waiting for two days without seeing him. One of her brother’s friends, who had been calling him on his phone without luck, called this roommate and told him he had not seen Rafiu for some days. Kehinde revealed that she was using this opportunity to appeal to whoever has any information on his whereabouts to please reach the nearest police station.

In December 2018, the Nasarawa state command of the Nigeria Police Force commenced an investigation into the killing of a corps member in the state.

The Police assured that they will do everything possible to bring those involved in the killing to face justice for what they did. They also urged the friends and relatives of the victim not to take any action but allow the police to do their job.

It would be recalled that the NYSC member had been attacked and murdered by some youths in Akwanga local government area of the state. The Batch A corps member whose place of primary assignment was Government Secondary School Ubbe, in Akun development area, was reportedly stabbed to death on December 20 by some youths at the Akwanga residence of David Ombugadu, the governorship candidate of the People’s Democratic Party (PDP) in the state.

According to the Akwa Ibom state police in a statement issued on Monday, January 8, said the corps member was shot on Sunday, January 7, in Eket by unknown assailants who were on a motorcycle. Bala Elkana, the police spokesperson in the state, said the late corps member was “hanging out” at Akanimo street with other corp members whom he went visiting when he was shot. The police didn’t give the victim’s name but said he was 27 years old and was serving at a public school at Nung Obong in Nsit Ubium local government area of the state. Adeyemi Ogunjemilusi, the commissioner of police in the state, deployed a special force from the State Criminal Investigation Department to Eket to investigate the killing.

On the 17th of December 2018, it was reported that the Economic and Financial Crimes Commission (EFCC) had arraigned a serving youth corps member in Enugu for alleged fraud. The EFCC says Ogbonna Victor Chibuzor was arrested after a raid on some suspects who live beyond their means.

The EFCC also revealed that Ogbonna was arraigned on a five-count charge of intent to defraud as well as possession of fraudulent documents containing false pretences contrary to section 6 of the advance fee fraud and other fraud-related offences act 2006 and punishable under section 1 (3) of the same act.

The statement disclosed that Ogbonna’s arrest followed a series of raids carried out by the zonal office for a while in which several suspected fraudsters allegedly into cyber and internet scams were arrested. According to the EFCC, those arrested were noted to be living flamboyantly despite having no identifiable means of livelihood. “Analysis carried out by the commission on the computer of the suspected fraudster revealed certain incriminating documents intended to be used in swindling gullible Nigerians and foreigners alike.

It was also revealed that Ogbonna had been using his e-mail address activitygeneral@hotmail.com to send unsolicited emails to his victims using fake or stolen identity to legitimize his nefarious activities. “One of the documents was addressed to one Alan Christopher of BG Group Plc, Thames Valley Park, Reading, RG6, Berkshire, United Kingdom with a rider ‘Your attention is needed’ and a second paragraph talking about a (£12,500.000.00) Great Britain Pounds Sterling unclaimed contract fund. “Another document found with the accused was a purported contract award certificate to one Michael Morgan of 101 Brooklyn, New York, United State of America, on directing and fixing of oil spillage in the Niger Delta signed by the chairman, contract tender board and chairman, legal department of Chevron Nigeria,” he said.

The accused pleaded not guilty to the charges preferred against when it was read which led his counsel, EO Isiwu, to move a motion in favour of his bail. This was, however, opposed by prosecution counsel, Innocent Mbachie.

Eventually, the presiding judge granted bail to the accused in the sum of N500,000.00 and one surety in like sum with a condition that the latter must have a landed property in Enugu which must be verified by the commissioner of lands. Ogbonna was remanded in prison custody pending when he fulfilled his bail conditions and the case was then adjourned to January 30, 2019.

Corps Member Organizes Skill Acquisition Training on Use Of Autocad For 100 Students (December 17, 2018)

In December 2018, it was reported that a corps member had taken the initiative to organize training for one hundred students in Zamfara state on how to use autoCAD. He also organized a skill acquisition training on Plaster of Paris and inverter. In an interview with Legit.ng, the corps member identified as Adebayo Abeeb Adelani revealed that he decided to organize the training after he saw the state of the school as a teacher. He revealed that he had noted that the students were not doing any practical work and he decided to research and do something about it.

The young corps member also talked to Legit.ng about the challenges he faced in putting the event together. He said: “The main challenge faced during the course of the project execution was sponsorship from the community, but with tenacity and belief, I was able to execute the project.”

Ahead of the 2019 elections, the NYSC in Adamawa has warned corps member stay away from all sorts of crimes – The state coordinator of the service, Malam Abubakar Mohammed, specifically advised the corps members to avoid political thuggery – Mohammed said that corps members should not allow themselves to be used by scheming politicians for their selfish interests The National Youth Service Corps (NYSC) has warned corps members to shun political thuggery and other related crimes. Malam Abubakar Mohammed, NYSC coordinator in Adamawa gave the warning in Yola on Friday, December 14, shortly after the passing out ceremony of 2018 Batch ‘B’ Stream II corps members who served in the state, the News Agency of Nigeria (NAN) reports.

Mohammed also cautioned the corps members to avoid making themselves available for evil-minded politicians, who usually recruited young people as thugs to unleash terror against their opponents. He noted that as 2019 general elections was approaching; corps members should be very careful and resolute in all their daily activities.

It was reported in December 2018 that NYSC had plans underway to establish a radio station as part of its strategy to improve communication between the corps and members of the public. The NYSC director general, Suleiman Kazaure, disclosed this in Abuja on Tuesday, December 11, at the 2018 NYSC press and public relations officers workshop.

In 2018, several children of top personalities as well as celebrities signed up for the NYSC programme. The vice President’s daughter, Yemi Osinbajo, Kiki, celebrated her passing out parade on December 13, 2018, which signifies the successful end of her service as well as the collection of certificate. The excited young lady took to social media to post a photo of herself with Laolu Osinbajo, whom some people have reported to be her cousin, as they posed with their certificates. In her caption, she wrote: “Corper weeeee!!!!!!! Done and dusted!! Nysc “Started this journey with @laoluosinbajo so glad it’s over!!!”

Nasarawa state chapter of the NYSC said the 7 corps members in the state will face disciplinary measures. The offences committed by the affected corps members include unauthorized journeys, absence at PPAs, etc.

The state NYSC coordinator, Isah said the decision to punish the erring corps members was based on the recommendation of the state NYSC disciplinary committee. The coordinator made this known in an interview with the News Agency of Nigeria (NAN) on Thursday, December 13, in Lafia following the Passing out Parade (POP) for the 2017 Batch “B” Stream II corps members in Lafia, and other local government areas of the state.

Isah thanked the state government for supporting NYSC and pleaded that corps members, who performed exceptionally and made a significant impact in their primary assignments, should be absorbed in the state’s civil service. She said that only three of the corps members that were passing out would be given awards for their exemplary service during the year. The NYSC coordinator added that this would also need ratification from the NYSC governing board in the state.

On the 8th of December 2018, the African Students Education Support Initiative (ASESI) applauded President Muhammadu Buhari over the approval granted the graduates of National Open University of Nigeria (NOUN) to enrol for the NYSC and the Nigerian Law School

ASESI’s Executive Director, Mr Chinonso Obasi revealed in a statement that the journey to the amendment of the NOUN Act commenced on May 3, 2017. He also disclosed that the House of Representatives Committee on Tertiary Education and Service under the leadership of Aminu Suleiman invited him for the presentation of Memoranda on a call for the council of legal Education and body of benchers to allow law graduates of the National Open University of Nigeria Enrollment into Nigerian Law school (HR. 165/2016)

Obasi thanked Buhari as he believes the approval will go a long way to clear the dichotomy and misconceptions faced by the NOUN graduates as the majority of her students’ study with fears of acceptability in the society upon graduation. He further appealed to Buhari to assent to other bills like the Bill for an Act to Make it Mandatory for the Immediate Issuance and Release of Certificates to Graduating Students in all Tertiary institutions in Nigeria and for other Related Matters (HB. 56 & HB. 439).

The Executive Director of ASESI also called on the Student Union leaders in Nigeria to devote more time to legislative matters in the National Assembly that could improve, strengthen and protect the general well-being of Nigerian Students. 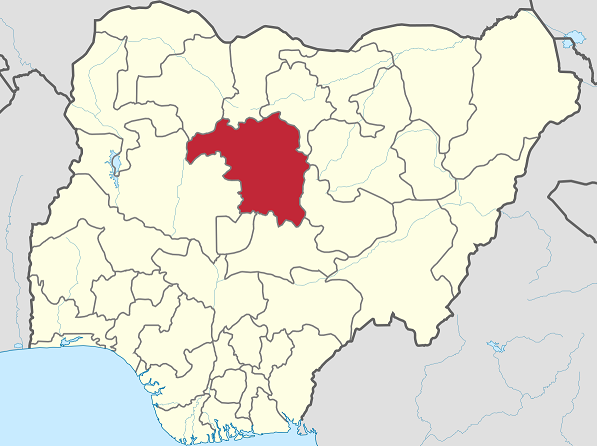