Alhaji Aliko Dangote was on April 10 1957 in Kano, Northern Nigeria into the family of Mohammed Dangote and Mariya Sanusi Dantata. His mother was the granddaughter of Alhassan Dantata, a legendary Hausa businessman.

Right from his childhood years, Aliko Dangote showed keen interest in business. Back then, he would buy small cartons of sweet and sell them for money.

Dangote attended the popular Al-Azhar University in Cairo, Egypt where he studied business. After graduation at the age of 21, he returned to Nigeria to start working with his uncle, Alhaji Sanusi Dantata, who would later give him a business loan of N500,000.

Dangote started his own business, The Dangote Group, in 1977. Since then, the business has enjoyed exponential growth and what began as a small trading firm is now a multi-trillion naira investment with tentacles spreading into countries like Ghana, Togo, and Benin republic.

The Dangote Group includes a sugar refinery, which is the major supplier of sugar to the major soft drink manufacturers and confectioners in Nigeria, a flour company, a cement factory, and a salt factory — all with multiple branches. The Dangote Group is a major importer and exporter. It imports rice, pasta, cement, fertilizer and fish, while it exports cashew nuts, cotton, cocoa, sesame seed and ginger to several countries.

In addition, the group has major investments in the transport, oil and gas, banking and real estate industries. Presently, the group is branching into the telecommunications industry and has commenced building 14,000 kilometers of fibre optic cables to supply the whole of Nigeria. The Dangote group is the largest industrial group in West Africa and it has over 11,000 employees.

On November 14 2011, Nigerian president, Goodluck Jonathan awarded Dangote the Grand Commander of the Order of the Niger (GCON), the second highest national honour in Nigeria.

A Muslim and a philanthropist, Dangote is married with three children.

Aliko Dangote has slowly become a household name in Nigeria; you just can’t talk about successful entrepreneurs in Nigeria without mentioning his name. He is indeed an inspiration to every aspiring and existing entrepreneur out there; a man who started from the scratch, a self-made billionaire.

Aliko Dangote was born on the 10th of April,1957into a wealthy Muslim family in Kano sate. He had always had the knack for entrepreneurship. As a primary school pupil, he would buy stuffs like sweets andbiscuits and sell to his classmates for a profit.

Upon graduation from the Al-Azhar University, Cairo, Egypt where he bagged a degree in business, his very wealthy uncle who was a successful business man at the time, decided to loan him a sum of N500, 000 to start a business. He was only 21 years old then. And unlike most 21-year olds now who would rather spend the money buying designer cloths and impressing their peers,AlikoDangote decided to invest the money wisely.

AlikoDangote is married with about four known kids and is currently worth over USD$15 Billion. 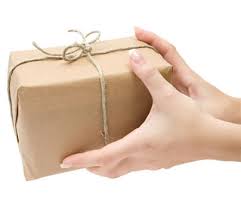