Comedy in Nigeria can now be said to be a profession as professional stand up comedians have made a good living out of it. Nigerians are naturally funny but it takes a very talented comedian to make a Nigerian laugh with the depressing economic situation. 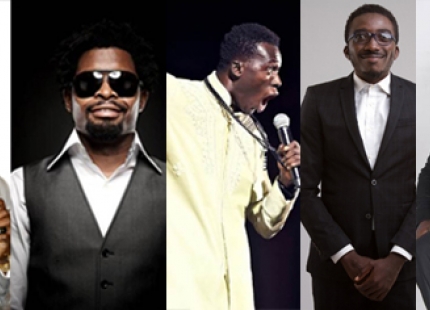 In no partparticular order, we present to you, the list of the top 10 funniest comedians in Nigeria:

Oh Yes!!! If you don’t know who Basket Mouth is, then you are not in this great country of ours. Well, many dubbed him the king of Comedy for his natural physics especially as a stand-up comedian and his frequent mini-movies in collaboration with other artiste, musicians and comedians alike. He’s a Glo Ambassador with a difference.
His real name is Bright Okpocha and he’s also won the heart of many other African nations like Ghana. He is also the preferred comedian to host any comedy show by a mile.

Bovi Ugboma, who goes by the stage name Bovi has over the years aligned himself with other comedians as he climbs the comedy ladder in greatness. The Benin City Born Comedian is known for popularizing the words Akpos in most of his jokes and just so you know, Bovi is not just a comedian as many thought; he has been in the Nollywood Industry acting funny 30-mins plays before finally switching to Comedy full time. I remember him cracking a joke on Basketmouth about God telling Basketmouth to “go to hell” on Judgement day. Basketmouth was seen almost climbing the stage immediately with bottles to break his head.

This guy is damn funny and rising fast to the top of comedians list. He once made it known of his intention in adding Dettol to his enemies soup and his fans were like “WHAT!!!”. Akporo is a Stand-Up comedian who also diversifies and often delves into music.

This guy is dope. If you ever sit under his Comedian influence, you will laugh your ribs out with his fast-mouth kind of comedy as he often takes on his guest and those in the crowd. Known for his funny jokes on poverty, politics with his off-colour suits – He lies too. E.g I Go dye will tell the crowd “i was in UK recently to see Barack Obama” We all know Barack Obama is in USA!!! or He was in Aso Rock last week to see President Jonathan to discuss his ambition to run for Presidency!! lol. He’s a real rib cracker and natural.

Seyi Law is said to be Gordons’ partner in crime as he displays the same agility as Gordons when on stage. His mini-skits in which he played Jesus Christ on the way to be crucified while he carried a cross and been flogged has won many audience over the years too.

Ayo Makun happens to be one of the most creative comedian in Nigeria with his AY LIVE lines of Entertainment. AY as many calls him is not just a Stand-up comedian; he is an Entertainer, an Actor, a Musician and a TV host of his popular who wants to be a Billionaire which often features other comedians especially Bovi. He has acted his mini-movies with top celebrities like Genevieve Nnaji, Tonto Dikeh, Nadia Buhari and many more.

Gordons is definitely one of the most hilarious Comedian in Nigeria with his self-composed jokes especially his flair for Ministry-Based jokes “movement to the permanent site” and his steady slang of often saying “Hallelujah” in between jokes.
Gordons calls himself Comedy Barlusconi under the ODP political party (Osusu Democratic Party). He has released many comedy CD compilations likewise under his Gordons Comedy Klinic Wards.

You all remember Uncle Saka. Ok, he was the former Etisalat ambassador that ported to MTN in a whooping N20million deal. He sang the song “I Don Port go MTN” that left many Etisalat fans devastated as to why their Icon would port to MTN. Etisalat is yet to recover from this action. Uncle Saka unlike the other listed Comedians is not a stand-up Comedian but in his very way happens to be one of the favorite comedian in the Nigerian sphere. He is a Lecturer, a Singer and currently an MTN Ambassador.

Julius is one of the few comedians with a future to serve their state. Julius Agwu has also carved a niche for himself in the Comedy sphere. He goes by the nickname “Julius d’ Genius” He also delves in to music with his very brand called “Reel Liaf Band” He has also notified his intentions to be the next Governor of his state after the people of Rivers “verbally told him to”

Ali Baba’s real name is Alibaba Akporobome and he is popularly called the Grand Comedian of the Federal Republic (GCFR), a title he carved out for himself as not only the Father of all Comedians but as one of the best in his field. Ali Baba is said to be the very man who invented the concept of Stand Up Comedy in Nigerian History. This great feats has taken him inside Aso Rock as he no longer crack jokes for the masses as it were but for top Shots. He is also an Event pioneer and MC for most top celebrations in Nigeria; ranging from the Presidency to other Political figures in and outside the country.