Without wasting much time, here are very brief profiles on the richest men in Nigeria.

Dr. Oba Otudeko is the chairman of Honeywell Group, with major productions Flour, Spaghetti, Instant noodles and so on. He is also currently the chairman of Airtel Nigeria, and the chairman of Fan Milk Nigeria plc. He is retired banker, an investor and an entrepreneur.

Mohammed Indimi is aged 67 years, and he’s an entrepreneur and investor, with his major business in the Oil and Gas sector. He is the founded his Oriental Energy Oil Resources Limited in 1990 and has been active player in the Nigerian Oil and Gas sector for a long time.

He is the Chairman of the popular BUA group, a top dog company in the Flour milling. BUA Group is into the production of flour and they’re the largest supplier to companies making different produccts from them. They’re also into sugar refinery and ports and terminal management.

Jim Ovia is the founder of the prestigious Zenith Bank, and he has a very large stake in mobile telecoms company Visafone. He is also an deft investor with serious investments in the real estate sector.

The former abia state governor was born on April 21, 1960. He is the owner of Telegraph Newspaper and Daily Sun. His company – SLOK Holdings has interests in banking, shipping, oil trading, media and manufacturing.

The 52 year old has a Commander of the Order of the Niger (CON) title and he’s popularly known as the first figure in United Bank of Africa (UBA). He is also the owner of Transcorp and Heirs Holdings. He runs a charity organization – Tony Elumelu Foundation.

Leaving every other new acquisitions and investments aside, Rtd. Gen. Theophilus Yakubu Danjuma can be said to have made the bulk of his money when he was Nigerian Army’s Chief of Army Staff between 1975 and 1979. He currently is the chairman of South Atlantic Petroleum.

He is the CEO of Zenon Petroleum Oil and Gas and the CEO of Forte Oil Plc. Femi Otedola is a very prolific businessman who has interest in other sectors asides oil and gas, especially Real estate.

Mike adenuga is the founder of ConOil (formerly known as consolidated oil plc). He’s more popular as the owner of the second largest telecommunications company in Nigeria – Globacom. He has huge stakes in many other companies and he’s an active member of their board of Directors.

Aliko Dangote isn’t only the richest man in Nigeria, but also in the whole of Africa. He singularly owns the Dangote Group, which has interests in agricultural production, real estate and (in progress) telecommunications. He recently opened a tomato paste processing plant in Kano, and his business tentacles spreads to almost all the countries of the continent. 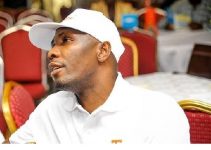