Sarkodie wasn’t always the handsome, fresh and rich dude everyone knows today. As a matter of fact, Sarkodie was one of those who worked their way up from nothing to limelight, then to comfort and riches. Michael Owusu Addo, simply known as Sarkodie is a famous Ghanian rapper who belongs to the ten richest African artistes according to Forbes. Sarkodie is a rapper, entrepreneur, CEO, and a philanthropist.

The BET award winner has countless singles and two albums to his name. He is signed to Duncwills Entertainment record label and imprints his own Sarkcess Music on most of his works. Sarkodie began his musical career as an underground rapper in Ghana. He appeared on Adom FM’s popular rap competition “Kasahare Level”. It was through rap battles that he met his former manager Duncan Williams of Duncwills Entertainment. Sarkodie is one of Africa’s richest artistes and is internationally recognized as a hip hop icon from the African Continent. 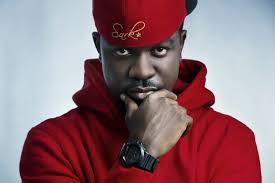 Since coming to limelight in 2007, Sarkodie has done everything needed to stay relevant in the Ghanaian music industry and is also relevant all over the continent and outside. Sarkodie has also established himself as a successful entrepreneur. He owns “Sark by Yas clothing line”, which was launched on April 27, 2013. The clothing line has accessories for men, women and children. In 2012, he was officially unveiled as the Brand Ambassador for Samsung Electronics at the University of Ghana, Legon.

As part of the event, Samsung unveiled the Samsung Galaxy Pocket and Chief Hero Phones that had customized wallpapers of Sarkodie and his signature. Users also had the opportunity to download exclusive tracks of Sarkodie but that didn’t go without him pocketing GH¢2M (N102M).

In 2013, he signed an endorsement deal with FanMilk Ghana, worth around GH¢600,000 (N30.6M). Sarkodie is currently in partnership with Tigo Telecommunications Ghana, a brand that sponsored his 2013 Rapperholic tour. Sarkodie doesn’t just earn; he gives. On July 13, 2013, Sarkodie launched “The Sarkodie Foundation” which is tasked with the mission of supporting underprivileged children. He made generous donations to the Royal Seed Home Orphanage in Kasoa. Sarkodie gives out to orphanages, items worth thousands of Ghanaian cedis.

Sarkodie’s present Net Worth is an incredible figure of $5Million.