Nigeria is home to several monarchs. Although these traditional rulers do not hold formal political powers, they are well respected in the society and are quite influential.

In this post, we take a look at the 10 richest kings in Nigeria and their net worth.

Based on the Forbes ranking and other authoritative sources, here are the richest kings in Nigeria. 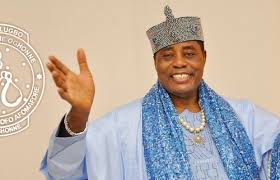 Obateru Akinrutan is one of the richest monarchs in the country. He was born in 1950 and he is the traditional ruler of Ugbo Kingdom, a town in Ilaje Local Government, Ondo State.

He is a billionaire businessman with investment in the oil and gas industry. Obateru is the founder of Obat Oil, one of Nigeria’s leading privately held oil companies. Obat Oil was established by Obateru in 1981 and the company currently has more than 50 gas stations across the six geopolitical zones of Nigeria. It also owns one of the largest tank farms in Africa which has the capacity to store 65 million liters of petroleum products.

In 2014, Forbes revealed that he was worth an estimated US$300 million. He is also ranked by Forbes magazine as the second richest King in Africa and the richest in Nigeria. He surpassed King Olubuse II, the Ooni of Ife, with $225 million and the Swaziland King Mswati III by over $200 million.

Obateru drives a custom built 2012 Rolls Royce which is similar to that of Queen Elizabeth II and he once revealed in an interview that he owns a wristwatch that is worth $1 million watch.

The king was the first black person to buy the 2014 model of Bentley automobile. Interestingly, the first time he ever saw a car was in Sapele. At that time, the young Obateru was just 11 years old.

The Obi of Onitsha was born Nnaemeka Alfred Ugochukwu Achebe in 1941. He is the traditional ruler of Onitsha, Anambra State.

Prior to becoming the Obi, he worked in the banking industry for decades and served as an executive director at Shell Petroleum Development Company. He is also the Chancellor of Ahmadu Bello University.

The Obi had his education at Stanford University and the Columbia University. He is said to be worth an estimated $50 million.

The current Sultan of Sokoto is Muhammadu Sa’ad Abubakar IV and he is one of the richest kings in Nigeria. He is a very important monarch especially in the northern part of Nigeria. He is also the co-chairman of the Nigerian Council of Traditional Rulers.

As the Sultan, Muhammadu Sa’ad Abubakar IV is considered the spiritual leader of Nigeria’s seventy-million Muslims. He is also president-general of the Nigerian National Supreme Council for Islamic Affairs (NSCIA).

Prior to his coronation as Sultan, Abubakar headed a presidential security unit of the Armoured Corps that guarded then military ruler General Ibrahim Babangida in the late 1980s. Abubakar also commanded a battalion of African peacekeepers in Chad during the early 1980s as part of the Organisation of African Unity’s force and was the military liaison officer for the Economic Community of West African States (ECOWAS) in the mid-1990s.

He served as the Defence Attaché to Pakistan from 2003 to 2006. When his elder brother, Sultan Maccido died in 2006, he was recalled to take office as the 20th Sultan of Sokoto. His assumption of the throne subsequently led to his retirement from the Army as a Brigadier General.

The Emir of Kano is Lamido Sanusi Lamido, a former governor of the Central Bank of Nigeria. He is also a well-respected Islamic scholar.

Sanusi’s grandfather, Muhammadu Sanusi I was the 11th Fulani Emir of Kano.

In 2011, the Time magazine listed the Emir as one of the 100 most influential people. In 2013, he was honoured at the third Global Islamic Finance Awards (GIFA) in Dubai for his advocacy in promoting Islamic banking and finance during his tenure as governor of Nigeria’s central bank. He received the Global Leadership in Islamic Finance Award 2015 as the fifth GIFA Laureate, following Tun Abdullah Badawi (2011), HRH Sultan Nazrin Shah (2012), Shaukat Aziz (2013) and Nurrsultan Nazarbayev (2014).

The Emir once revealed that he earns over N14 million per annum as salary from the Federal Government.

Currently, his net worth is unknown but he is said to be worth several millions of dollars based on his numerous assets.

Lamidi Olayiwole III is the Alaafin of Oyo. He was crowned in 1970 after Alaafin Gbadegeshin Ladigbolu II left the throne. He is also one of the richest kings in the country.

Prior to becoming the Alaafin, he was an insurance clerk and a boxer. Lamidi was a one-time Chancellor of the University of Sokoto, a position which he held for 12 years. During his time as chancellor, he issued memorandums concerning university education and dealt with significant problems of that time.

In 1990, he was appointed by the Federal government to lead the Muslims spread across the 21 states of the country.

Oba Adeyeye Ogunwusi Eniitan is the current Ooni of Ife. He was born 1974 and became the Ooni of Ife following the death of the previous Ooni in 2015. His predecessor was ranked the second richest Nigerian king in this list.

Oba Adeyeye graduated as an accountant from The Polytechnic, Ibadan and he is currently a member of the Institute of Chartered Accountants of Nigeria and an Associate Accounting Technician.

Godfrey Emiko is current Olu of Warri and makes our list as one of the richest kings in Nigeria. He was named as the successor to the throne by the Itsekiri traditional council following the death of Ogiame Atuwatse II in 2015. He is the younger brother of Ogiame Atuwatse II.

The Olu of Warri is the traditional ruler of the Kingdom of Warri. Warri is the oil hub of the South-South and it is home to several oil and gas companies.

The Oba of Benin is the traditional ruler of the Edo people. Historically, the Oba of Benin was the Head of State of the Benin Empire until the annexation of the Empire by the Briitish in 1897.

Prior to his coronation, Ewuare schooled in the United Kingdom where he bagged a degree in Economics from the University of Wales, UK. He also holds a Master of Public Administration degree from Rutgers University Graduate School, New Jersey, USA.

The Oba of Lagos is Rilwan Babatunde Osuolale Aremu Akiolu and he is one of the richest kings in Nigeria. He was born on the 29th of October 1943 and he attended the University of Lagos where he bagged a Bachelor of Laws degree (LL.B).

After his secondary education, he served for 32 years in the Nigeria Police Force, entering the force in 1970. He served in various capacities, was promoted to assistant inspector-general of Police in 1999, and was active until his retirement in 2002.

A year later, he was crowned the 21st Oba of Lagos. After his coronation, he built a palace which was said to worth an estimated N2 billion. It is said that the Oba of Lagos is one of the most powerful kings in Africa as he is the traditional ruler of the largest city in the country.