Often times, kids defy the norm of growing old before attaining prominence by discovering their talents early and using it attract wealth to themselves even at a young age.

In this post, we take a look at the richest kids in Nigeria and their net worth. This list is in no particular order. 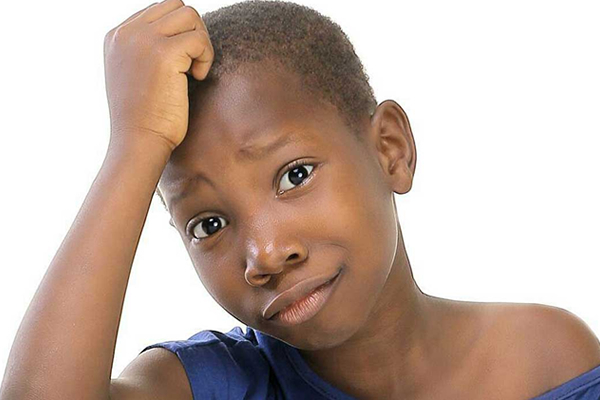 Regina Daniels is the highest paid teenager in Nollywood. She is said to earn an average of N600,000 per movie and she’s worth an estimated $350,000 making her the richest teen actress in Nigeria.

Daniels is currently a student of Igbinedion University. She is also the founder of Regina Daniels Charity Foundation, a non-governmental organization that is focused on catering for disabled children.

Emmanuella shot into the limelight when she began featuring in comedy skits produced by Mark Angel.

Each time there is a new video on Youtube featuring Emmanuella, the video receives at least a million views within its first week of release. The Mark Angel Youtube channel currently has over 100 million views as well as over 900,000 channel subscribers.

She was born Emmanuella Samuel on the 22nd of July 2010. Emmanuella recently revealed that she will be starring in an upcoming Disney movie following her trip to Disneyland.

The comedienne has enjoyed several endorsements over the last few years. These include being selected as a brand ambassador for the Peak Milk as well as the yoghurt drink, FreshYo. Emmanuella also appeared in ad campaigns for Nickelodeon and Wikipedia.

She is also the youngest recipient of the Afro-Australian Music & Movie Awards (AAMMA). She attended the event in Sydney Australia. She has also won the NEA Award; City People Award and the Niger Delta Special Talent Award.

Emmanuella was hosted by CNN in November 2016 and she is said to be worth an estimated net worth of N25 million.

He is one of the most popular 12-year-olds in Nigeria. He is also the latest addition to the record label of the popular entertainer, Wizkid.

In December 2017, during Wizkid’s homecoming concert, Ahmed announced himself to the whole world as his performance that night got the crowd screaming. Also, Wizkid got really elated and announced that he was going to give Ahmed N10 million in addition to signing him on to his record label, Starboy Entertainment. The cash gift and the record deal made Ahmed a quick millionaire as well as a young entertainer with the right support in the person of Wizkid.

Destiny Boy is a 13-year-old Fuji pop artiste. He became popular when he released a cover to Davido’s hit single, ‘If’, which went viral and created a lot of buzz for the young entertainer.

He was born Afeez Adesina in Agege and he revealed in an interview that he is influenced by Fuji music which is largely due to his upbringing in Agege, where Fuji is a societal soundtrack.

However, it was when he began connecting with Nigerian pop stars like D’banj, 2face Idibia and Wande Coal that he became popular. When he did a Fuji twist to the song, ‘If’ which was produced by 2T Boiz, it went viral and put him on the entertainment map.

Marylove Edwards is a young tennis superstar. She is ranked number one in Africa for her age category.

She revealed in an interview that her love for tennis began when she was 4 years old. In 2018, she beat Kumba of Mali 6-2, 6-0 to come out tops at the 2018 CAT/ITF West and Central African Junior Championship qualifiers which held in Togo, West Africa

Marylove is currently managed by Temple Management Company (TMC) and she is coached by her dad.

Ozzy Bosco was born Oziomachukwu Mojekwu. He is also known as Ozzybee. And he is one of the richest young entertainers in the country.

His family discovered he had a love for music at a tender age and they were able to nurture him into an internationally respected multi award-winning versatile recording artist.

During an interview, Ozzybosco revealed that he owes his fame to his mother. She showed her commitment to her son’s dream by enlisting the support of industry bigwigs in grooming the youngster.

Despite being in the industry for less than a decade, Ozzy’s career has seen him in different roles; a recording artist, an actor, a philanthropist, a chief, a TV producer, and many other interesting roles.

It is interesting to note that despite his heavy involvement in entertainment, Ozzy Bosco has never gone below 90 in his grades coupled. He also won the award for the most creative pupil for several years.

Ozzy featured on Britain’s Got Talent show and his performance earned him a standing ovation from the crowd. Subsequently, he was invited to participate in the distinguished Pan African Humanitarian Summit and Awards alongside 100 other global pacesetters in recognition of their humanitarian activities.

Amarachi Uyaenne was born on the 17th of July 2004. She is popularly known by her stage name Amarachi.

Amarachi was the winner of the maiden edition of Nigeria’s Got Talent which came with a cash prize of N10,000,000.

The young entertainer hails from Imo state although she grew up in Delta State, where she started dancing at the age of 5.

After emerging as the winner of Nigeria’s Got Talent, Amarachi released her debut single titled “Amarachi Dance”. She proceeded to feature Phyno in a song titled “Ova Sabi”; her first two singles received massive airplay and positive reviews from music critics. She currently runs the Amarachi Talent Academy, a talent school conceived with the aim of nurturing and training young children with musical and dance talents.

Ify Ufele is the founder of ChubbiLine, a clothing brand caters for people of all shapes and sizes after being teased for her weight.

The talented fashion designer revealed in an interview that she was verbally and physically bullied while growing up.

She learned how to sew from her grandmother starting at age 3 and her first foray into fashion was making dresses and skirts for her dolls. At age 5, she had become proficient at using the sewing machine, and by the time she was 9, she was creating wearable pieces for her mom and sister.

Ify knows how to integrate African fabrics into her designs and she revealed that it is her father that helps with the shipping of textiles to her in America whenever she needs them for new designs.

She has been invited to the New York Fashion Week to showcase her designs. However, for Ify, fashion design isn’t all there is to it, as she intends to become an architectural engineer when she grows up.

The young Mompha is the heir apparent to the Mompha Bureau De Change which is one of the leading bureaus de change in Africa handling millions of transactions every year.

DJ Young Money is an 11-year-old disc jockey. He is signed K-Nation Entertainment, as the in-house DJ of the Label.

He was the official Disk Jockey at Tinubu’s birthday recently and received accolades from Governor Ambode for his performance.

His father is also a DJ and he seems to have taken after his dad.