The People’s Democratic Party (PDP) is one of the major political parties in Nigeria. The party has won every Presidential election between 1999 and 2011 and was until the 2015 elections, the governing party in the Fourth Republic although in some cases, amid a few controversial electoral circumstances. Currently, PDP controls 14 states out of 36 states in Nigeria.

In this post, we look at the latest news update on the PDP.

The PDP and its presidential candidate Atiku Abubakar have lost another staunch member. Latest on the list of defectors is Atiku’s North-East Campaign Director General, Senator Saidu Umar Kumo. Kumo was at the campaign headquarters of All Progressives Congress (APC) on Friday to pledge his support.

In response to this, the spokesman of President Muhammadu Buhari’s Campaign Council, Mr Festus Keyamo tweeted, “The game is on!”

It would be recalled that the suspended Deputy National Chairman of PDP, Sen. Babayo Gamawa and a member of the party’s Board of Trustees, Kaulaha Aliyu, defected to the All Progressives Congress (APC). The two defecting top members of Peoples Democratic Party (PDP) were received at the presidential villa by President Muhammadu Buhari.

Ambassador Yahaya Kwande, elder statesman and member of the APC Board of Trustees (BOT), was among dignitaries that attended the PDP presidential campaign rally in Jos on Saturday.

The other dignitaries in attendance at the rally held at the Polo Ground were Alhaji Atiku Abubakar, the PDP Presidential Candidate, as well as Dr. Bukola Saraki, Senate president and Director-General of the PDP campaign organisation. Also, in the Plateau capital for the campaign were Mr Uche Secondus, the National Chairman of the party, and his Deputy, Mr Lyel Imoke. They were joined by Sen. Jeremiah Useni, the governorship candidate of the party in the state, and his running mate, Dr. James Dalok. Also, at the Polo Ground for the activity were Sen. Jonah Jang, the immediate past governor of Plateau, Alhaji Ibrahim Mantu, former Deputy Senate President, and Mr Fidelis Tapgun, a former Plateau governor.

Aminu Atiku Abubakar, the son of Atiku Abubakar says Nigerians will benefit more if the PDP is elected in next month Presidential election because of what they stand for.

Speaking on the Atiku/Obi Presidency on Friday at The Nigeria Leadership Summit tagged: “One On One With Peter Obi” which took place in Lagos, Nigeria’s commercial city, Aminu said both men stand for job creation, empowerment of the youths, national security, empowerment of women.

The son of the PDP Presidential candidate said Atiku/Obi Presidency will advance education and agriculture to drive Nigeria’s economy forward. Aminu also said Atiku picking Obi as his running mate was not a mistake but a strategy to help realize his vision to get Nigeria working again.

Painful but He Will Regret It – Bauchi PDP Reacts To Ex-Deputy National Chairman’s Defection (January 10, 2019)

The Bauchi state PDP chairman, Hamza Akuyam has said Gamawa is a betrayal and a serial loser.

Gamawa who was the former PDP deputy national chairman was suspended after alleged anti-party activities and the Bauchi chairman, however, said he is happy with Gamawa’s defection to APC, adding that the former PDP chief will regret his move

In an interview with the Punch on Wednesday, January 9, Akuyam said he was happy with the defection as he said that it was an exit of a “betrayal”.

Here’s an excerpt from the interview: “His action has portrayed him to be a betrayer, that is all. The Bauchi state chapter of the PDP will not say it has lost a great man, but we have lost a betrayer.”

However, the party chairman agreed the defection was painful, but he pointed out that Gamawa will regret it. He also said that defection is a normal activity in politics and Gamawa’s defection is a proof of his anti-party activities.

Governor Ifeanyi Okowa of Delta state has urged the electorates to be prepared to defend their votes. The governor made the call on Thursday, January 9, at the well-attended campaign rallies of the PDP in two local government areas in the state.

Thousands of party supporters thronged the venues of the rallies in solidarity with Governor Okowa and he urged the electorates to be prepared to defend their votes in the 2019 general elections. The governor made the call at the campaign rallies of the Peoples Democratic Party (PDP) for Warri South, Uvwie and Okpe local government areas of the state held at the Warri Township Stadium, Effurun and Orerokpe respectively. The governor also expressed confidence that the PDP will have a landslide victory in the general elections.

The Governor revealed that in all the places they visited, Deltans are coming out in their large number because they are confident this government is their own. He also spoke of his confidence that everyone that attended the rally ground had their permanent voter’s card although records still show that there are people who are yet to collect their PVCs. He urged his supporters to visit these people at home where possible and escort them to collect their PVCs because they don’t want to lose any vote.

The Governor also thanked the people for collaborating with his administration to deliver dividends of democracy in practical terms.

Also, the chairman of the campaign council, Professor Sam Oyovbaire said: “I testify that Governor Okowa has performed; ask yourself what the opposition has done in Delta state, they have only brought hunger; when they meet you, ask them if they have contributed any little thing to the development of Delta. “Governor Okowa is working very hard and the results of his hard work are visible for all to see; our governor has delivered first class dividends of democracy, he will complete his second term in office.”

The Peoples Democratic Party, PDP, in Udung Uko Local Government Area of Akwa Ibom State has lost over 450 of its members to the All Progressives Congress, APC. INEC moves PVC distribution to registration centres in Anambra Jan. 16 Members of the PDP The defectors joined the APC, yesterday, during a visit to the APC Campaign Office on Four Lanes in Uyo. They were led by Mr Obiosio Obisio, the PDP Udung Uko Local Government Chapter Youth Leader, Peter Effanga and Sam Effiong, two other members of the chapter executive and Ulap Nyong Edumoh, the proprietor of St. Dominic Comprehensive College, a popular school in Oron Local Government Area of the state. Obiosio said with their coming, APC will win all the elections in Udung Uko, one of the five local government areas in Oron nation, the third largest ethnic group in the state. Ulap Edumoh said they were moved to join APC because of the impact Obong Nsima Ekere, the APC governorship candidate has created in Oron nation with road construction as Managing Director of Niger Delta Development Commission, NDDC. Dr Amadu Attai, the APC deputy governorship candidate who represented Obong Ekere, said the defection was earlier scheduled for the APC campaign visit to Udung Uko in a few weeks time but had to be brought forward because of the insistence of the defectors that they could not wait that long. Attai, who said he was familiar with Udung Uko politics having spent almost all his life in Oron, described APC as the only party close to the grassroots.

Olabode George has said that the PDP is ready to wrestle power from the APC in the forthcoming 2019 general election in Lagos state. He accused the APC of has holding Lagos state hostage for the past 20 years. According to him, PDP would rescue the state from monstrous, dictatorial, reckless leadership A former deputy chairman of the People’s Democratic Party (PDP), Olabode George, has said the Lagos state governorship election in 2019 would be a contest between the Party and ruling All Progressives Congress (APC). George said the contest would be focused on rescuing Lagos state from the “monstrous, dictatorial, reckless, godfatherism” that has held the state hostage for the past 20 years. Speaking on Wednesday, January 9, at a stakeholders’ meeting in Lagos, George said the opposition party is doing all it would take to rescue Lagos from “the enemy”. “Our party has now come out on a mission of rescue and salvage. Lagos must be redeemed and unchained from the manacles of APC,” George said.

Any Other Person Parading Himself as Ogun PDP Chairman is An Impostor – Kashamu (January 10, 2019)

The governorship candidate of the Peoples Democratic Party in Ogun State, Senator Buruji Kashamuh on Wednesday kicked against the constitution of a parallel PDP Presidential Campaign Organisation.

Sen. Buruji Kashamu in a statement he personally signed and sent to newsmen described the composition of the new body which had a member of the House of Representatives and a factional governorship candidate of the party in the state, Oladipupo Adebutu as fake.

Kashamu, who is the Senator representing Ogun East Senatorial District at the Senate, said the authentic PDP PCO, which he heads as the Chairman, was inaugurated by the lawful Engr. Adebayo Dayo-led State Executive of the PDP on the 28th of November 2018. Kashamu in his statement said his choice as the Chairman of the PDP PCO in Ogun State was informed by the fact that he is the party’s governorship candidate with a solid structure and functional offices across the state.

The statement disclosed that the purported inauguration of another PDP PCO by the dissident group within the Ogun State PDP is most unfortunate and it is quite surprising that this is coming at a time well-meaning stakeholder are preaching reconciliation, peace and unity.

It was in line with the decisions and guidelines released by the party that the governorship candidates should head the PDP PCO in their respective states that the party stakeholders chose me to lead the campaign in Ogun State. “So, any other person parading himself as the Chairman of the PDP PCO in Ogun State is an impostor and should be ignored.”

Kashamu urged the security agencies and the national leadership of the party to call Adebutu to order before his importunate actions plunge the party and state into unnecessary chaos and crisis. He noted that the national leadership of the party should be a father-to-all wherever there is a dispute between contending groups or forces within the party and not take sides with one against the other since we are all members of the same family.

According to the statement issued by the National Publicity Secretary, Kola Ologbondiyan, the PDP said the decision to suspend Babayo was taken at the extraordinary session of its NWC last week. The NWC found merit in the petition on the allegation of dereliction of duty and anti-party activity as contained in Section 58 (1) e, f, g, h of the PDP Constitution. Therefore, in the exercise of section 29 (2) a, b and c, the NWC hereby invokes Section 59 (1) d of the constitution of the PDP on the Deputy National Chairman (North) and accordingly suspends him from the party immediately, the party stressed in the brief statement. Details of what constituted dereliction of duty were not contained in the statement. 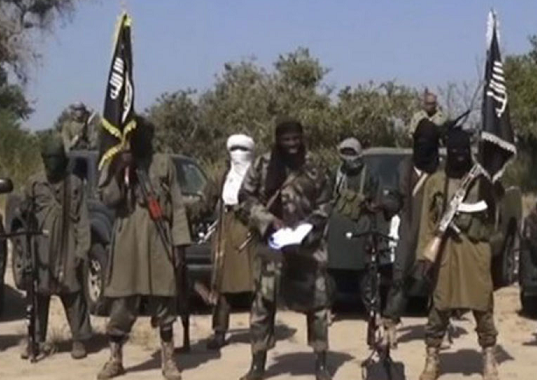