The Ministry of Education is the one that oversees education system in Nigeria. The Nigerian local government authorities are the ones that take up the responsibility for the implementation of education policies for those schools that are controlled by the state government.

The Nigerian education system is divided into different levels. They are the Kindergarten level, the primary level, secondary level and tertiary level.  The students graduate from one level of education to the next after sitting for and passing certain examinations.

The primary education in Nigeria

In most instances Nigerian pupils begin primary education when they are 4 years of age.  The student is expected to spend up to 6 years in primary school.  After completing primary education, the pupil is made to sit for the Primary School-leaving certificate. If he passes the examination, he is then qualified to proceed to secondary school, then, his parents will decide if they want to send him to a private school, like Ravenscroft (you can visit Ravenscroft website here)

Some of the subjects the students are taught in primary school are sciences, Islamic Knowledge Studies, Christian Religious Knowledge, English Language and mathematics.   Aside from the above, the student is also expected to learn about at least one of the three major languages in Nigeria, vis-à-vis Hausa language, Igbo Language and Yoruba Language.  Some schools can also introduce Fine Rats, French and Computer Science into their curriculum.

In order to qualify for a place in the secondary school, the pupil is expected to sit for and pass the Common Entrance Examination. On passing the examination, the student is then qualified for admission into Federal or State Government Secondary School. He/she can also apply into any of the private secondary schools around.

The Universal Primary Education program has been replaced by the Universal Basic Education and this brought in more innovation into primary education program in Nigeria. In the UBE, the student will spend the first 6 years of his western education life in the primary school and proceed to spend the next 3 years in the Junior Secondary School. After this, he proceeds to the Senior Secondary School for another 3 years, after which he can proceed to the university to spend

After this, he proceeds to the Senior Secondary School for another 3 years, after which he can proceed to the university to spend minimum of 4 years. The pupil can only be promoted from one class to another in the primary school if he passes examinations at each class.

As indicated earlier, the student is expected to spend 6 years in the secondary school in accordance with the laid down rules of the Universal Basic Education (UBE).  Some students may however decide to sit for the GCE O’Level when they are in SS2.  Many other students however decide to wait till they reach SS3 before they sit for the Senior Secondary certificate Examination, which is mandatory.

In accordance with the laid down rules guiding UBE, a student is entitled to free education up to the Junior Secondary school level. At the Senior Secondary School, the student is expected to attend 6 core subjects and also add 2 to 3 elective subjects.  The core subjects are: one major Nigerian Language, Economics, Mathematics, English Language, one elective course from physics, chemistry, and biology; one elective course from agric sciences, social studies, geography, history and English literature.

The student can also choose one elective course from the following: Fine Arts, Technical Drawing, Food and Nutrition and Commerce.  The particular elective courses chosen by the student is determined by if he is in Commercial, Arts or Science class.

After graduating from the UBE, the student can proceed to technical college where he can spend 3 more years and be given a craftsmanship or trade certificate.

Students are required to sit for and pass the West African Examination for Secondary School Certificate before they can be given admission into any university in Nigeria, be it federal government, state government or privately-owned university.

After passing the secondary school, the student is also expected to sit for the Joint Admission Matriculation Examination and must get up to certain score before he can be counted worthy of admission into the university for any particular course of study.

Some schools can go as low as 180 UTME score, depending on the course of study. There are however some other courses of study that require the student to score higher before he can be given admission for that particular course.  Total UTME score is 400.

If the student does not get up to the score required for university entry, the student is then listed among candidates for admission into Polytechnics.

Instead of proceeding to HND level at the polytechnic, some students prefer to opt for Direct Entry into Universities. The student is however required to have minimum of Second Class Upper in order to gain admission into university as a Direct Entry (DE) student. A DE student will be admitted into 200 Level in the university. 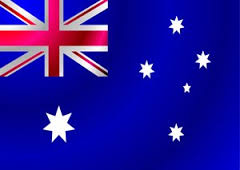