The Nigerian army is one of the best in the world. This body was established in 1960 around the time of Nigeria independence and it had waxed strong since then. This body had been involved in several military expeditions, both in Africa and beyond.

The Nigerian army is still rated one of the best in Africa today. Their numerical strength is one of the factors working in their favour. According to the logo of the Nigeria army, victory belongs to God.

Over the years, the Nigeria army has been acquiring lots of equipments from across the globe.    This makes them to be among the most equipped military group in the whole of Africa. Maybe they do not have much when we talk about international community, but they have proved themselves on Africa basis over the years.

The Nigerian army has been involved in several domestic campaigns too, they stamped their feet on the ground during the Nigerian civil war and also had been involved in varieties of challenges both at the northern part of the country against Boko Haram and the southern part of the country against groups like Niger Delta Avengers.

From time to time, the Nigerian army opens its doors to new recruits in various fields of human endeavour. Do no forget that the Nigerian army is not only composed of men and women who caries gun to fight at the front. There are also professionals among them that are experts in various fields of human endeavour. This is why they always make application open to both non-professional and professional individuals to come into the Nigeria army so that these professions can have positive impact on the morale of men and officers of the Nigeria army. However, everybody shortlisted for admission too training by the Nigeria army will have to go through the same number of years and the same measure of discipline and the same measure of trainings. While the trainings may be tasking and hard,. It is always worthwhile, since they are able to do certain things an average man m,ay not be able to go. What you need to know about the Nigerian Army Form & Recruitment  will be discussed below

How to Apply for Nigerian Army Recruitment:

About the Nigerian Army

The Nigerian Army (NA) is the largest component of the Nigerian Armed Forces, and responsible for land warfare operations. In late 2013 the strength of the standing army totaled nearly 100,000 men. An additional 82,000 trained members of paramilitary forces were available to augment regular units as necessary. It is governed by the Nigerian Army Council (NAC).

Given its considerable investment in materiel, the Nigerian Army has generally been perceived as one of the better equipped fighting forces on the African continent. It bears the brunt of the nation’s security challenges, notably the Boko Haram insurgency.

The original elements of the Royal West African Frontier Force (RWAFF) in Nigeria were formed in 1900. During the Second World War, British-trained Nigerian troops saw action with the 1st (West Africa) Infantry Brigade, the 81st and the 82nd (West Africa) Divisions which fought in the East African Campaign (World War II) and in the Far East.

In Nigeria, from a force of 18,000 in infantry battalions and supporting units, strength rose to around 126,000 in three divisions by the end of the Nigerian Civil War in 1970. In terms of doctrine, the task of the Federal Nigerian army did not fundamentally change: its task remained to close with and defeat an organised enemy.

The rapid expansion saw a severe decline in troop quality. The Nigerian expansion process led to an extreme shortage of commissioned officers, with newly created lieutenant-colonels commanding brigades, and platoons and companies often commanded by sergeants and warrant officers.

This resulted in tentative command-and-control and in rudimentary staff work. One result of the weak direction was that the Federals’ three divisions fought independently, and competed for men and material. Writing in a 1984 study, Major Michael Stafford of the US Marine Corps noted that “Inexperienced, poorly trained and ineptly led soldiers manifested their lack of professionalism and indiscipline by massacres of innocent civilians and a failure to effectively execute infantry tactics.” Among the results was the 1967 Asaba massacre.

The influence of individual personalities are generally greater in the armies of developing states, as they tend to have weaker institutional frameworks. Key personalities involved in Nigeria included then-Colonel Olusegun Obasanjo. Obasanjo is particularly important due to his efforts to reorganise his command, 3 Division, during the civil war to improve its logistics and administration. The reorganisation he instituted made the Division capable of carrying out the offensive that ended the civil war 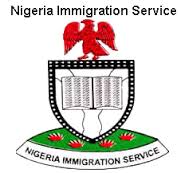