The Nigeria Security and Civil Defense Corps (NSCDC) is a paramilitary agency and it is empowered by lay Act No 2 of 2003 and the Act was amended on the 4ht of June, 2007.

The Nigeria Security and Civil Defense Corps was established  during the Obasanjo civilian regime to provide required safety measures against any form of disaster, attack or threat against the citizens of Nigeria.  They too are in possession of guns and many attachments for them just like holographic scopes and even this 9mm silencer.

The salary structure of the Nigeria Security and Civil Defense Corps is based on the level of the ranking of the individual officer, just as it obtains in virtually all military and paramilitary organizations in Nigeria.  The salary is also based on the certificate with which the individual is given

An officer of the Nigeria Security and Civil Defense Corps on level 8 step 1 would belong to the Assistant Superintendent cadre and such an individual is paid up to N121,000 per month. An Inspectorate Cadre placed on Level 7, on the other hand, is paid about N69,000 per month.

The hierarchical structure of the ranks obtainable in Nigeria Security and Civil Defense Corps are listed below from the highest rank to the lowest rank.

The Nigeria Security and Civil Defense Corps do make an announcement once in a while when employment opportunities are open for the general public to apply. All the applications now take place online and all required documents are also submitted online. There is no job opening presently. However, you will be informed on this page when such job opening is available. The basic qualification is that the individual applying must be a Nigerian citizen.

If you’re interested in working with the Nigerian Security and Civil Defence Commission (NSCDC), one of the questions you may have asked is how much do they pay their officers?

You’ll find out about this in the course of this article but before you do, let’s find out what this organization is all about.

The NSCDC is a para-military agency of the Nigerian Government. The commission is basically set up to protect against any form of attack or disaster against the country.

The Corps is statutorily empowered to institute legal proceedings on any one that has been suspected to have committed an offence. Also, the corps maintains an armed squad in order to bear fire arms which assist them in the discharge of their statutory duties.

Established in 1967, the NSCDC was created in response to the Nigerian civil war which had just begun at that time. The goal of this newly-formed organization was to sensitize and protect the civil populace. At that time, it was known as the Lagos Civil Defence Committee.

This committee would later evolve in to the Nigeria Security and Civil Defence Corps in 1970.

At inception, the objectives of the Corps was to facilitate some educational and enlightenment campaigns in and around Lagos which was at that time the Federal Capital Territory.

The members of the Committee deemed it as a duty to educate the public through electronic and print media on how to guide themselves during air raids, bomb attacks. The masses were also taught how to identify bombs and how to dive into trenches during mishaps like bomb blast.

However, the Corps became a national security outfit in 1984 and by 1988; they had gone through massive restructuring leading to the establishment of State Commands throughout the Federation as well as the Federal Capital Territory which is Abuja.

Furthermore in 2003, the Corps was given additional statutory functions which was passed in to law by the then President, Chief Olusegun Obasanjo.

Presently, the vision of the Nigerian Security and Civil Defence Commission is to put to work efficiency, humility and integrity in service delivery with a fresh zeal; bring credibility into concept of security.

The mission of the MSCDC is to develop the strutctures and training strategies that would contribute to the national security by using modern technology with a focus on broad based information networking as a means of monitoring movement.

Below is a list of the ranks and the commensurate civil service level.

Commandant General CG (The highest rank in the NSCDC): Level 18 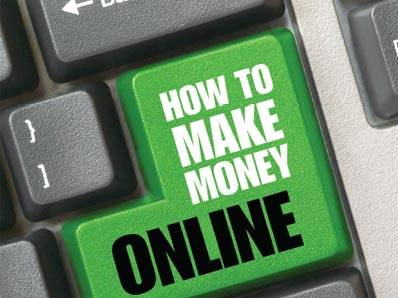