One of the common questions prospective recruits of the Nigeria Airforce often ask is how much does the Nigerian Airforce pay their officers?

But before we delve into that, let’s take a quick look at the Nigeria Airforce and what the organization is all about.

The Nigerian Airforce was founded in 1961 shortly after the country participated in peace keeping missions in Congo and Tanzania. The need to airlift troops in the course of these peacekeeping operations signalled the importance of the country having a national airforce.

Subsequently between 1962 and 1964, the Nigerian Parliament began the process of institutionalizing the Nigerian Airforce. Eventually, the organization was established to ensure the integrity of the airspace by gaining and maintaining control of the air while retaining a credible capacity to fulfill other airpower tasks expected of the national defence and security outfit.

Below were the aims and objectives which the Nigerian Parliament expected of the newly formed Nigerian Airforce:

The first batch of cadets was enlisted in 1962. They were 10 in number and they obtained their training with the Ethiopian Airforce. In 1963, another set of 6 was sent out to Canada to be trained by the Royal Canadian Airforce.

From sending out cadets to be trained in foreign countries, the Nigerian Government decided to start training these recruits within the country. The German Airforce was contacted to train these cadets.

A few years later, their training was put to test during the Nigerian Civil war between 1967 and 1970.

Overall, in the last 45 years, the NAF has been involved in operations to defend the Nigerian territory. Also, they have been involved in effectively troops lifting troops, providing logistics supply, medieval and in combat operations.

NAF is also involved in airlifting the Nigerian contigents to sporting engagements in situations where there are flight problems.

Also, the NAF have been involved in various international peace-keeping operations which include:

We’ve highlighted the monthly salaries of the commissioned and non-commissioned officers of the Nigerian Airforce Salary below: 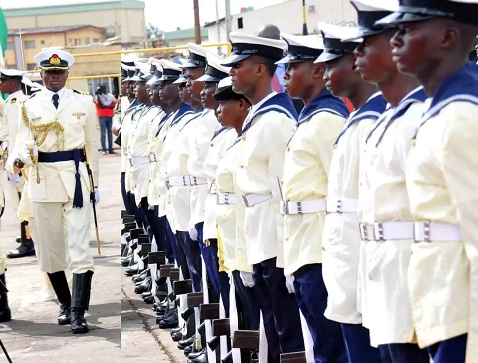