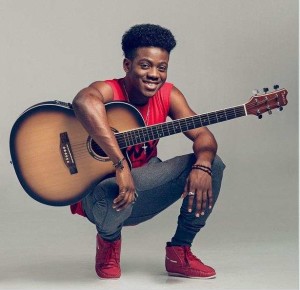 Korede Bello is a name that needs no introduction in the Nigerian music and entertainment industry. The singer and instrumentalist is currently part of one of Nigeria’s biggest music record labels, Mavin Records owned by Don Jazzy.

Korede Bello was born on the 29th of February, 1996 and hails from Lagos State.
He is a student in the Nigerian Institute of Journalism studying mass communication.

He grew up listening to diverse music played by his parents and was an active participant in social activities during his primary and secondary school days. He wrote his first song and was in a music group when he was just in primary 6 and when he graduated into the secondary school. Korede Bello started visiting the studio to record songs and he did his first official single while still in secondary school.

Korede Bello draws inspiration from Asa and Innocent (Tu-Baba) Ididbia formerlly known as Tuface.
Korede Bello released a song titled “Forever” which Don Jazzy got an opportunity to listen and invited him and his manager Casmir to his studio for some recordings which really impressed Don Jazzy.

Korede Bello was signed into Mavin Records on the 28th of February 2014 and did his first single under Mavin Records titled “African Princess” featuring Don Jazzy, but that song was not what brought him into the lime light as a house hold name.

Dorobucci was released where fans got a feel of all the Mavin Stars and Korede Bello’s part in the song got everyone asking about the new kid in music video with his trade mark “wink” which is winning him so many female fans.

In 2015 Korede released a hit banger in the music industry titled “GodWin” a song classified to be semi gospel and semi pop by fans and even performed in churches. GodWin topped the charts for weeks with its simple lyrics everyone can easily relate with.

Korede Bello currently signed a Multi Million Naira endorsement deal with Glo making him one of the brand ambassadors of the telecommunications company.

Leave a Reply to I Cancel reply