Jimoh Ibrahim was born on the 24th of February 1967 to a bricklayer father and a mother who was a local fish seller. His father had 7 wives and 40 children.

From his humble beginnings over 50 years ago, Jimoh Ibrahim has grown to become a prominent businessman and lawyer.

In this post, we will be taking a look at the life of this business icon. 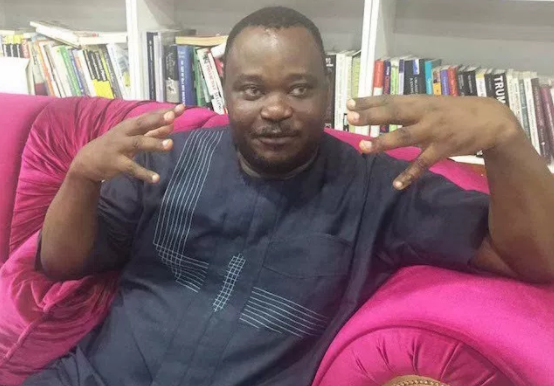 Born in Igbotako in Okitipupa, Ondo State, Jimoh Ibrahim attended Community Grammar School, Igbotako before proceeding to the Federal School of Arts and Science, Ondo. He studied law at the Lagos State University but he later transferred to the Obafemi Awolowo University where he completed his degree in International law.

Jimoh Ibrahim also completed a Masters in Public Administration at the same university before proceeding to the prestigious Harvard University where he obtained a Masters degree in Economics and International Tax. At this Harvard Executive Management Programme, he was said to have graduated as one of the best students in his class.

Ibrahim worked in Europe as a tax consultant with the International Monetary Fund (IMF). Also, he was part of the team at Harvard that visited Asia specifically Bangladesh to build tax reforms.

Apart from working as a tax consultant, Jimoh Ibrahim also owned a law and justice chambers where he practiced for six years.

Jimoh Ibrahim is an author of the book, ‘Indigenous Governance in Nigeria.’

Over the years, Jimoh Ibrahim has held and still holds several notable positions, some of which include:

As an undergraduate, Ibrahim discovered that the local governments didn’t have a law of their own unlike the state and federal government so he decided to cash in on the opportunity.

He did this by organizing local government seminars on law for all the local governments in Nigeria and this move fetched him a whooping N3.6 million which was a lot of money at that time.

During that same period, he organized a series of workshops for top public functionaries at all levels of government and this fetched him some millions of naira again. At this time, he was just a youth corper and it was said that by the time Ibrahim was completing the NYSC scheme, he had about N70 million in his account.

Thanks to his uncanny business acumen, Ibrahim kept moving from one opportunity to another. During the course of the seminar he organized for public functionaries, Ibrahim was able to spot another opportunity as a result; he submitted a proposal to the government on how he could help the country with the withholding tax problem it was having with multinational oil companies.

His earnings from this consultancy position was used in acquiring a swampy land at the Victoria Garden City which he used to build an ultra-modern filling station and a couple of banking halls.

Jimoh Ibrahim has always been an astute businessman with an uncanny eye for opportunities for fresh opportunities and he is responsible for introducing the concept of banking halls into oil marketing. The banking halls he built in VGC were said to have cost N21 million yet the banks that were tenants in this facility paid over N40 million.

Jimoh Ibrahim is also a director with the NICON group which has several subsidiaries including:

The Nicon Airways came to being as a result of Ibrahim’s acquisition of Virgin Nigeria.

In 2003, Jimoh Ibrahim took a shot at mainstream politics and contested for the position of governor at the Ondo state gubernatorial elections. Although he lost the elections to Chief Agagu, that didn’t deter him from further expanding his assets.

He had proposed in his manifesto that he was going to set up a state owned Oil Company by the name Ondo Oil but his failure to become governor only tweaked this ambition a little. Instead, he set up Global Fleet Oil and Gas. Through this private oil company, Jimoh Ibrahim imports petroleum and his company has massive storage depot in Apapa.

Jimoh Ibrahim is the current chairman of the CAC. He was inaugurated as chairman in 2009. However, there were protests as a result of his appointment.

His track record in some government parastatals hasn’t been quite encouraging despite his success as a businessman. As a matter of fact, many have faulted his leadership style as been highhanded. Also, there are claims of his insensitivity to the plight of his workers.

As the CEO of the Global Fleet Group and with investments in many other businesses, Jimoh Ibrahim is said to be worth approximately $1.1 billion

Jimoh Ibrahim is happily married to Mrs. Modupe Jimoh Ibrahim and they are blessed with four wonderful children.

Overall, Jimoh is an inspiration to many and he’s a well travelled public speaker, delivering free lectures to people on how they can rise to earn millions while doing business.