Nigeria is a very large country which is home to over 160 Million people. Nigeria is also very popular for its vast oil resources. However,not all states in Nigeria produce oil.

This region is also sometimes referred to as the South-South region of Nigeria and is made up of more than 40 ethnic groups including Ijaws, Itsekiris, Urhobos, Isokos, Kalabari, Efik, Ibibio, Esan, Igbo, Oron, Annang, Yoruba, Ogoja and Ukwuani.

The top 5 Oil and Gas producing states in Nigeria include-:

Akwa- Ibom is currently the largest oil producing state in Nigeria after displacing Rivers state from this position. It is located in the coastal area of Nigeria and is populated by over 5 million people according to the last census.

Akwa-Ibomis bordered by Rivers State, Cross River State and Abia State. Akwa-Ibom state also shares a boundary with the Atlantic Ocean. The capital of Akwa Ibom, Uyo is said to be one of the most beautiful cities in Nigeria and attracts a lot of tourists yearly.

Akwa-Ibom also has a very rich cultural heritage and history among which are the Oron Museum, Ibeno Sand beach and the Mary Slessor House. Apart from oil, Akwa-Ibom state also has some other natural resources such as clay, coal, silver nitrate, limestone, glass sand and salt. Akwa- Ibom is divided into 31 local government areas and is dominated by three ethnic groups, Oron, Annang and Ibibio.

Rivers state used to be the largest oil producing state in Nigeria before Akwa-Ibom took over.It is one of the most populous states in Nigeria with a population of over 5 million people according to the 2006 census. Rivers state has its capital as Port-Harcourt and is bordered by Imo, Anambra, Abia, Bayelsa and Delta States.

Delta state is one of the highest oil producing states as well as one of the richest states in Nigeria. It is also located in the Niger-Delta region of Nigeria and is composed of 25 local government areas. Warri is the heart of Delta State and is also home to one of the petroleum refineries in Nigeria. Some of the major ethnic groups in Delta State are The Urhobos, Isokos and the Itsekiris.

Bayelsa State was carved out of Rivers and Delta in 1996 .It is also amongst the major oil producing states responsible for producing 80% of Nigeria’s crude oil resources. It is also one of the least populated states in Nigeria with only about 1.9 million residents. Bayelsa State has its capital as Yenagoa and made up of four major ethnic groups namely- Ogbia, Nembe, Izon and Epie- Atissa.

The fifth largest oil producing state in Nigeria is Cross River state. It is named about the popular river, Cross which originates in Cameroon. The capital of Cross River is Calabar and Cross River shares a boundary with Cameroon. 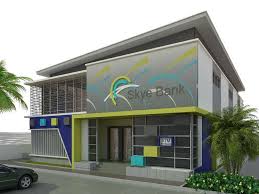