You are here: Home / Education / Customary Law in Nigeria: All You Need To Know
Share5
Tweet
5 Shares

The Nigerian legal system is somewhat broad and diverse. Its diverse nature calls for special studies. It had been notices that the religious and ethnic diversifications of Nigeria are major factor responsible for the broadness of its laws. Do not forget also that Nigeria is made up of three main regions, vis-à-vis the Western Region, the Southeastern Region and the Northern Region. 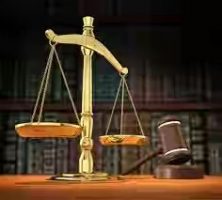 The legal system of Nigeria is designed to bring to focus and consideration all these regions so as to form a unifying kind of law in which everyone will feel represented. Aside the tribal/ethnic diversity in each of these regions, there is also the religious diversity. The Nigerian legal system makes effort to bring all these aspects into consideration too. These form the basis of what is termed the customary law in Nigeria.
Generally, the English Common Law forms part of the foundation on which the Nigerian legal system is built. This is due to the colonization factor.

Nigerian laws are derived from certain documents and origins and they are highlighted below:
• The Nigerian constitution
• The legislation
• The English law
• The customary law
• The judicial precedent and
• The internal law
This write up is more concerned with the Nigerian customary law anyway. Be that as it may, it must be stated that the English law is divided into two aspects, which are:

• Those English laws handed over to Nigeria during the colonial era and
• Those English laws adopted newly by Nigeria on independence. The legislators also do make laws and these laws are added to the guiding laws of Nigeria. Court cases do bring up judicial precedents too and they make up integral part of the Nigerian law. The place of international law in the Nigerian legal system also cannot be overemphasized, since Nigeria is a member of a number of international bodies, like the African Union, the Commonwealth of Nations, the United Nations, and the Organization of Petroleum Exporting Countries and so on.

The Nigerian common law is divided into 2 broad aspects, which are:
• The non-Muslim/Ethic laws and
• The Sharia/Muslim laws

The Sharia/ Muslim law on the other hand is equally a part of the customary law. This law is the same as the Islamic law, which predominates in the northern part of Nigeria and it had been in use since 1959. This aspect of the customary law has its foundation in the Islamic religion. The process of Islamizing Nigeria had been considerably successful over the years and this is one of the factors that promotes the introduction and inculcation of the Islamic law into the Nigerian legal system.