She is also known as Omobutty. The literal meaning in English can be translated to mean, a sophisticated child. Her nickname was derived from a movie of the same name. It was the movie that made her popular. Omobutty was the title of a movie that made me popular.

In this post, we take a look at life and career of Biodun Okeowo a.k.a Omobutty.

Biodun Okeowo popularly called Omobutty was born Abiodun Sofuyi Okeowo on the 26th of December 1971. She hails from Remo in Ogun State.

The actress grew up in a polygamous home in the Fadeyi area of Lagos. She is the last of five children from her mother’s side. Her father was an actor with the Awarawa Theatre Group. During his time, he performed with the likes of Jide Kosoko.

Biodun studied Communications Arts at the Lagos State University (LASU), Ojo. She was an intern at LTV8 where she learnt a lot about journalism. She later developed a passion for acting and this led to pursue a career in the movie industry instead of journalism

Biodun became pregnant and had a child while she was a student at LASU. She also had to do several menial jobs after the baby was born to make ends meet. For instance, she had to fry doughnuts and chinchin and supply to retailers on campus. Also, she sold rice outside her mother’s store on the days she had no lectures. That was not all, there were also times she sold hair extensions and made hair for people just have money feed herself and family.

In a post on social media, the actress revealed that there was time things were so tough that she had to give her son soaked garri as food because she couldn’t afford a tin of baby food.

Biodun joined the movie industry in 2006 after her industrial training programme at the Lagos State Television Office in Agidingbi.

Initially, things were quite tough for her as she couldn’t afford to wear expensive clothes. Even when she produced her first movie in 2007, Tolani Osinrin, things were still tough for her and this led to mockery by her calling. She was called names like Biodun oni cut and sew and Tolani Alankara.

Biodun almost quit as a result of the intimidation and mockery but she was determined to succeed. Eventually, she was able to produce a movie that shot her into prominence and opened new doors.

The actress revealed that she can also act in English movies and she stated that her fans will get to see her in one of the big English projects soon.

Often time, people respond to her pictures on social media with sensual captions but the actress revealed that these comments don’t affect her anyway.

There was a time; she uploaded a behind the scenes picture of herself on the set of the movie, Blackmail. She was semi-nude on the bed with a male actor who had his hands on her breast in the picture and many of her followers berated her for the picture, saying it was indecent.

However, the actress revealed that she was only doing her job at being a professional and she had no regret posting the picture.”

Also, she stated that she doesn’t flaunt her figure as it is often claimed by people on social media. Instead, she disclosed that she’s just being herself and no matter how she poses, the gifts God gave her would definitely show.

Biodun is known as one of the hottest actresses in Nollywood particularly because of her big bum. In fact, people have changed her nickname from Omo butty to Omo booty. Also, there have been rumours that her big bum is fake and Biodun responded by stating that her bum is very real and anyone in doubt should go to my social media account to confirm because she has some old pictures on my social media accounts that date as far back as 2013.

The actress also revealed that she got her big bum from her mother.

The actress revealed that she left her ex-husband when she found out he married someone else. This was really a sad period for her as her ex-husband never paid her bride price until he left.

Currently, Biodun is a single mother of two children

The actress revealed in an interview that she doesn’t regret leaving her ex. In fact, she doesn’t feel anything for him anymore. Even when he tried to get back to her she knew she couldn’t continue with him so she had to let him go for good.

The actress bemoaned the fact that most Nollywood marriage crash because of lack of trust. And the media doesn’t help matters as there are always rumours that could lead to lack of trust in the marriage.

The actress recently acquired a 2018 RAV4 which is said to cost an estimated N12 million.

Although she has denied severally that their relationship is more of platonic that romantic, rumours on the internet seem to say otherwise. However, neither party have revealed the true details of the relationship.

One of the upcoming actors in Nollywood, Olushola Micheals reveals in an interview that he has an unending crush on Biodun Okeowo. According to him, she is the real definition of the real African woman. Also, he disclosed that she was one of the reasons he joining the industry. Prior to joining the industry, he reached out to her about his desire to become a part of the industry and she was able to connect him to other actors.

Recently, there was an online altercation between Liz Anjorin and Ronke Ojo and Omobutty was one of the celebrities that spoke openly about the quarrel. According to her statement, she reiterated that everyone should do what suits me and not interfere with anybody’s way of life. 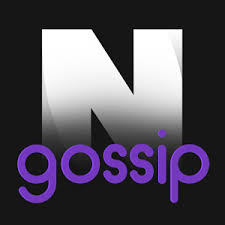